Dying for Daylight: Part One

Dying for Daylight is a hidden-object adventure about vampires. Vampires, as it happens, are old news; people know about them, and they're mostly over it as long as they keep their fangs to themselves. But when a vampire crashes a wedding in broad daylight without, y'know, bursting into flames, everyone takes notice... especially other vampires. You are Dhalia, a deceptively young looking vampire sent to New Orleans to investigate the vampire who can suddenly go out in the daytime. You have reason to suspect he may have gotten his hands on the legendary sun potion, and you can probably see why a lot of people are going to want to get a hold of it themselves... whatever it takes. 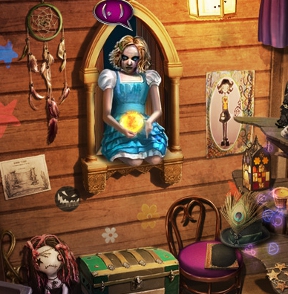 The gameplay is your standard hidden-object adventure affair, with most of your time spent searching for items to give to other people. You'll unlock various trophies as you progress, and if you get stuck, the hint button can help you during normal play and hidden-object scenes, while the skip button can be used to bypass certain puzzles. The story is broken up into "Episodes", giving the whole thing a structure like a television series (complete with perplexingly unnecessary episode "recaps" at the start of each.). During each one, you'll help Dahlia search through different places across America and deal with a rather eccentric cast of characters. It soon becomes apparent that Dahlia and her master naturally aren't the only ones interested in the sun potion, and tracking it down quickly becomes complicated as more vampires, each with their own agenda, and Dahlia discovers she's got some unwelcome attention snooping around after her.

Analysis: As many people who will flock to this title because of Charlaine Harris's vampire-centric universe, just as many people will stay away for the same reason. Which is a shame, because they're missing out on a title that would have been great even without the brand recognition. It's still not going to be for everyone, of course. Take Laurell K Hamilton's Anita Blake series and mix it up with Sex in the City and you've got a good idea of the sort of tone and content you can expect to find within. Even if contemporary vampires aren't your thing, there's no denying that Dying for Daylight is absolutely gorgeous and exceptionally well made. Everything about it is top-notch, and it's refreshing to see a game that doesn't try to coast by on the big names attached to it. The game just doesn't skimp in the quality in any regard to the visuals, the whole presentation is fantastic. (Even if something about the character design feels really familiar in an, "I've played too many video games," sort of way.) 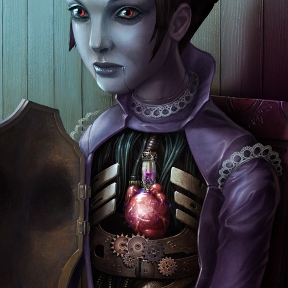 In places the gameplay does feel a little padded, with fairly simple multipart fetch-quests making up the bulk of it, and a disappointing lack of true puzzles to really challenge. Most of your time is spent tracking down items to use or solving hidden-object scenes. These are, in fact, actually quite well done and can even be a little challenging. More than anything, however, this is a game that feels largely story driven, and in that it succeeds very well. The plot is interesting, the characters diverse and pleasantly eccentric, and the strange environments are a joy to explore.

But the biggest strike against Dying for Daylight is that it just ends after episode four with a big, fat, abrupt TO BE CONTINUED without any real closure or cliffhanger. The problem is there's nothing particularly special about the final episode, no big showdown or revelation to really make for a satisfying cut-off point, so it feels less less like the exciting start of a new series and more like someone took the book you were reading and ripped it in half down the middle. While you may want to wait for Part Two to hit if you can't stand being left in the lurch, there's still a lot to like here, and if you enjoy games (and vampires) that don't take themselves too seriously, you should definitely give the demo a try. It's weird, and at around three to four hours playtime it might run a little short, but even though I'm not a fan of the author myself, Dying for Daylight was a lot of fun and personally, I'm dying for more.

Loved it, cant wait for part2!

this review says it all! I took a chance on this demo and LOVED it so much I bought it and I've thoroughly enjoyed every minute playing it! I AM ECSTATIC for the next chapter(s)!

I don't really understand the appeal of hidden-object adventure games. Sorting through junk is such a disruption of narrative flow: "The scary monster is somewhere in the house! Quick! Find a candle, and a playing card, and a book, and a garden hoe..."