They've been saying for years now that reality television rots your brain, but nobody ever really expects it to kill you. Urban Legends: The Maze is a new hidden-object adventure from Elephant Games that puts you in the spotlight... for murder! Dun dun dun! The popular reality television competition show "The Maze" comes to an abrupt end one night during the finale when one of the competitors appears to die on screen, and the rest go missing immediately afterwards. The families of the lost have hired you, but exploring the bizarre sets and traps that make up the Maze proves this is one unique investigation... especially when you realise you're not alone in the sprawling structure, and the shadowy figure doesn't have your best interests in heart. Unless, of course, you find spring-loaded crossbows, bear traps, and near-fatal plunges romantic. 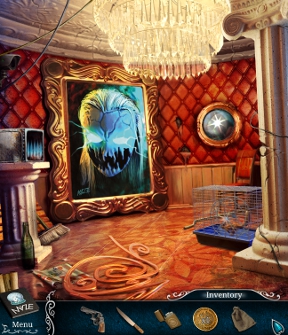 To track down the missing contestants, you'll have to venture into The Maze itself, which isn't your ordinary television studio. The tricks that were only supposed to confound the players have turned deadly, and the various sets are more than a little surreal. You'll have to solve puzzles and hidden-object scenes to earn items you'll need to proceed, keeping an eye out for danger all the while. You won't be entirely without help, however. Clicking once on an interactive area will give you a generic description, but a second click will usually net you a more direct clue about what you need to proceed, and hitting the hint button in regular gameplay will flat-out tell you what your next step should be. If you prefer to figure things out for yourself, try the map attached to your diary; it's colour-coded to indicate areas you can accomplish something in.

Analysis: Elephant Games is one of the most underrated hidden-object adventure developers, consistently turning out wildly creative titles that blend the surreal with the creepy to craft engaging, memorable experiences. The Maze is no different; with its strange settings, beautiful art, eclectic soundtrack, and weird plot that keeps you guessing. It's more of a straight-up mystery thriller than most games, and there are a few really clever sequences, such as a quick-sand pit, that make it stand apart from other games in the genre. The frequent use of short animated cutscenes also helps to keep you engaged in the experience, making it feel like you're in a thriller movie rather than just staring at a series of static images. Chasing down a malevolent scarecrow/jack-o-lantern dude through a series of fantastical environments, outwitting traps and performing acts of heroism? Awwwww yeah, that's the stuff. 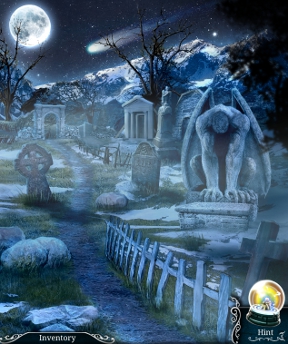 While the difficulty level for the actual gameplay is fairly sedate across the board, The Maze earns high marks for how often it takes you to a new location so you never get bored. In each set of areas you'll find yourself doing a fair amount of back-tracking within them, and since interactive spots aren't always immediately visually obvious you'll need to poke around with your cursor to be sure you aren't missing something from time to time, but as you progress you'll move deeper and deeper into The Maze, and each level has its own unique set of challenges and designs. You'll run into the typical mildly frustrating adventure game scenarios of having a bunch of items perfectly suited to the task at hand but needing to track down the one specific thing for each use, but largely the game remains annoyance free. (Apart from one surprisingly drawn out helicopter puzzle.) Heck, you never even repeat the same hidden-object scene twice, which is incredibly refreshing.

While we always advise you try the demo before you buy (be aware that this one ends at a predetermined point regardless of whether your hour is up), Urban Legends: The Maze should be a no-brainer purchase decision for fans of hidden-object adventures with originality and mystery. The over-the-top cheese-tastic plot might put off fans who prefer their adventures supar seeerious, but if you like a sense of humour and unique flair to your gaming, you'll never be bored with Urban Legends: The Maze, and at over five hours to finish for most players, it's significant bang for your buck. Highly recommended, and thoroughly enjoyed by your humble word monkey.