The Agency of Anomalies:
Mystic Hospital

Super soldiers; everyone knows they're a bad idea at this point. For every Captain America, there's an Alma, an Umbrella Corporation, a Jenova. And yet, somehow, somewhere, someone looks at a whirling, unstable mass of paranormal energy they know next to nothing about and think, "Yeah, you know what? I wonder what would happen if I shot someone up with this. That seems like a good plan to me." Orneon's The Agency of Anomalies: Mystic Hospital is a hidden-object adventure that puts you in the shoes of an investigator sent to a hospital in the middle of nowhere, a site of a super soldier experiment gone wrong. If you can't track down the volatile and angry creatures now roaming free and the man responsible for releasing them, things are about to go very badly for a lot of people. Sounds like a job for Buffy or Torchwood... but all we've got is you. No pressure or anything! 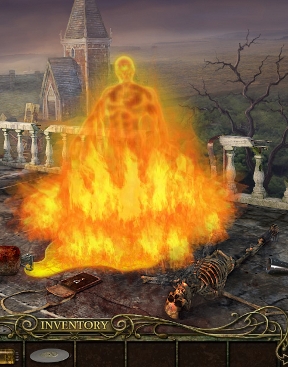 Like most games in the genre, Mystic Hospital uses the mouse to interact with everything. You'll solve hidden-object scenes of varying types, gather items, and solve puzzles in your attempt to save the world. The hint button can even be useful in normal gameplay; when used, it highlights any places you can interact with like a radar, and if you click on one of them, it'll show you the item you need to use there. Of course, this is no haunted house tour; the hospital hosts five angry beings you'll need to contend with, outwitting and capturing them before you can deal with the man who put it all in motion. DOCTOR PHIL... well, no, okay, not really. But you have to admit, that'd make one heck of a final boss battle. Just image the summoning animation for Mecha Oprah! "RAAAAAAAAAAAH! LOOK UNDER YOUR SEATS! YOU'RE GETTING PAIN, AND YOU'RE GETTING PAIN, AND YOU'RE GETTING PAIN!"

Analysis: If creepy crawlies make you cringe and things that go bump in the night aren't your bag, don't worry. Mystic Hospital is a fairly tame game, and you'll find very little here that would even passably qualify as scary. Instead, a better descriptor would be interesting; as you play and uncover clues, you're rewarded with cutscenes that tell you the origins of the creatures running rampant on the hospital grounds, and while more often than not they wind up sounding like something out of Marvel or DC, it's still a great incentive to keep playing. Environment design is absolutely beautiful and renders the hospital in wonderful, run-down detail. 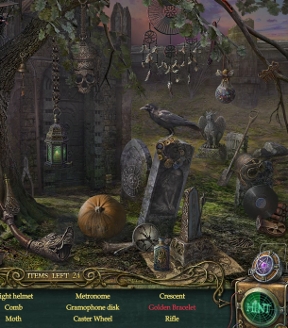 The hidden-object scenes that require you to work backwards, putting items back in the scene where they belong, can be a little baffling depending on the objects, but provide a welcome variation from typical scavenger hunting. The game typically doesn't offer you a lot of direction, requiring you to keep your eyes open for clues and remember points of interest for when you've grabbed the appropriate item. There's also rather a lot of backtracking, which might frustrate players for whom the hospital's dilapidated, molding charms wear off the fifth time you see them. The use of the hint button means you'll never be stumped, but chances are you'll probably be relying on it more than you should have to. Whenever I got stuck, I quickly discovered that simply cycling through all the rooms using the hint radar over and over was far easier than trying to figure out where I should go next.

The game itself will likely run you upwards of four hours, depending on your hint reliance and how many puzzles you skip. For hidden-object adventure fans who prefer their experiences just a little bit creepy, Agency of Anomalies: Mystic Hospital is the perfect choice, with an emphasis on adventure and puzzle solving to balance out hidden-object scenes. The story is fairly predictable, but acts as a solid vehicle to drive the gameplay, and besides, who doesn't want to add "saved the world... a lot" to their resumé? Give the demo a try and let the Agency broaden your skillset for future employment opportunities... you'll be containing vengeful invisible men and putting ketchup on your pasta with the best of them in no time.

Look forward to playing this. Also LOL at your Oprah-mecha. I truly think you have some of the best reviews on JIG.

Dora, your Dr. Phil-filled review just made my day. :D

Also, in my mind Ophra sounded like Arnold Schwarzenegger.

"GET TO THE CHOPPA!"

did anyone make it to the island just off the dock where the rowboat is?

i think i have bag..cant find medal with hand ..therfore cant open Elevator..in WT its as if behind book..i click all possible books in all possible rooms..hopless..any hint will be apreciated..friends..i have seen in some comments -somewhere.that ppl have same problem..
thanks a lot..