The Tale of a Common Man

Ready to go boldly forth as a mighty shining paladin, braving untold legendary creatures, saving princesses from horrific fiends, proving your valor and saving the land by completing heroic quests, reaping huge treasures and gaining prestige and reknown? Wait... you know what? Hang on a sec. As any fan of RPGs can tell you, there are only so many times we can reuse those old gaming tropes. Just for once, could we do something different? What's that? We can? Righteous. I'll come in again.

Welcome to cozy Perlan Farm. Meet Farmer Jerrat as he tends the livestock early each morning, plays handyman around the farmstead, and dotes devotedly on his loving wife Meerla. Together they manage to keep the farm going and raise their newborn son, Pellan. It's not a glamorous or lucrative way of life by any means, but together they manage to get through it all with plenty of love and support to make up the difference and Jerrat considers himself the luckiest man in all the land. This humble yet fulfilling existence is brought to a sudden halt when Meerla and their son Pellan are brutally slain by a platoon of soldiers on the move, in urgent need of supplies and unwilling to leave any witnesses to their presence alive to tell the tale. Returning to find his farm and homestead pillaged and his family in an unspeakable condition, Jerrat finds he must bury them both himself and resolves to find whoever is responsible and avenge their deaths. So begins The Tale of a Common Man, the unconventional RPG by Aldorlea Games that presents a whole new take on what the genre can be. Though you'll still duke it out with enemies in classic turn-based combat, when you level up, you can allocate stat points to build your party as you wish, and craftable potions add another interesting wrinkle to the gameplay. With seven party members (including one more optional character!), secret rooms, sidequests, and more, The Tale of a Common Man is a satisfying whopper of a classic RPG with a very un-classic premise. 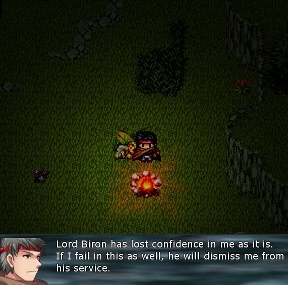 The Tale of a Common Man strongly emphasizes a theme of human development throughout. The characters quickly learn more leveling skills and special moves than you can readily keep track of, and conversations among your party members seem to happen at every turn which build — or don't build — relationships between each of them. Even something as simple as picking up an item off the ground can incite a conversation between several people in your party, uncovering more of someone's personal background or causing them to be seen by others in a whole new light. It's rare to encounter a game where characters seem to come so distinctly to life through such intricate storytelling, and the theme of a common man's perspective is faithfully retained throughout like a resonant bassy drumbeat. For example when your homestead is ruthlessly ransacked at the game's start it certainly gives you pause for thought later on when, in typical RPG fashion, you wander through other peoples' houses "discovering" items in much the same way Columbus discovered America. And just as in life, the smallest things can inexplicably remind you of home and hearth. A brief conversation with an old woman making stew can prompt a wistful comment or two about how your wife used to make that same recipe for you, and provoke concerned sympathy from others in your party determined to keep a close watch on someone coping with debilitating grief and loss. 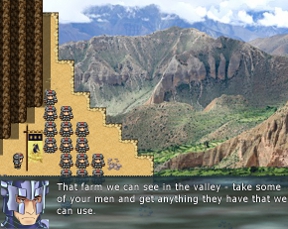 Definitely worth a mention is this game's breathtaking artwork. Scenic vistas, crystalline caverns and misty forests streaked with rays of sunlight all come alive with flourishes like climbing ivy on rock outcroppings, herbs which may or may not be useable items, and shrubs which may be solid objects or just embellishments of atmospheric background, all in addition to the proliferation of wildlife creeping around. It all comes together so elegantly and seamlessly as a whole that at times it's just a bit tough to determine where you can or cannot move around in amidst all the terrain. This minor gameplay hindrance is a tradeoff with creative design, as The Tale of a Common Man is elaborate artisanship in all it's elements whether it's narration, dialogue, graphic design or characterization. You'll meet characters who break a lot of the cliches like Rowath, a dwarf who's ostracized by his community over his nontraditional passion for color and painting, or Eloabeth, a young mage with a knack for distilling potions from herbal essences you can buy or find around the countryside. Aaydan is a dual-wielding drifter who's been living in the margins for years, and Feniel is a man of few words who knows more than he's letting on even to the rest of his party. Personalizing your characters still further is possible with allocatable skill points as they level, which completes a sense of relating to each of them. Tale of a Common Man clocks in at just over 30 hours of gameplay, with plenty of secret areas to find, rewarding sidequests to fulfill, and Easy, Normal, Hard and aptly-named Legendary difficulty levels. A strategy guide is also available, and with all the secrets and quests it could become a must-have for completionists and those who don't want to miss a thing. The demo is free, putting this one well within the range of even the common man.