The living, walking, ne'er-do-gooding puppets are back in ERS Game Studio's latest hidden object adventure hybrid, PuppetShow: Return to Joyville. The latest in the PuppetShow series goes back to the beginning to visit what is possibly the most imprecisely named place since Greenland. As an unnamed detective, you are here to help the old and decrepit Felicia who has traveled back in time to save her father, the maker of living puppets, and her younger self from the terrible fire that started the whole mess. Armed with tomorrow's newspaper, you immediately set forth to fix what is broken so you can get yourself back to the (not-as dismal) future! 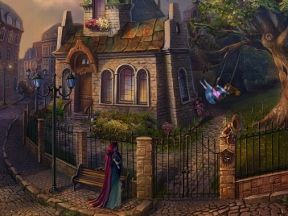 PuppetShow: Return to Joyville situates itself a few seats closer to the adventure section in the theater of casual hidden object games. You'll spend more time exploring, picking up items, and solving puzzles than you will sifting through crowded screens of unusual items, which definitely works in the game's favor. Some puzzles function as little mini-games (mini-mini-games?) that only take a few moments to complete, but breaking up the detective work is an important part of the experience, as it can get pretty intense dealing with freaky automaton puppets that inhabit the town. Seriously, who thought living mannequins were a good idea?

Analysis: ERS Game Studio knows its casual adventure games, as evidenced in the previous PuppetShow releases, as well as nearly two dozen other games like the Dark Tales series or Redemption Cemetery series. The formula stays pretty similar for each title, sticking close to a horror theme while wrapping hidden object puzzles around a reliable adventure backbone. Even with an obvious design, PuppetShow: Return to Joyville spins a great tale with a fantastic atmosphere. 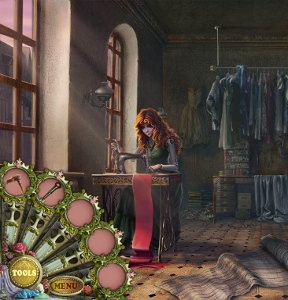 Some of the puzzle solutions in Return to Joyville sit on the border of obtuse, mostly because the game requires a specific item to solve a riddle, even though several other objects in your tool belt would do the job just as well. The hint system (and in-game strategy guide in the Collector's Edition) do a good job smoothing over those rough edges, and three selectable difficulty levels allow you to customize the challenge to your liking. Hidden object scenes are short, easy, and unfortunately repetitive, as you'll visit identical areas multiple times to look for key items.

If you're not familiar with the first three PuppetShow games, you don't have to worry about playing catch-up before diving in to Return to Joyville. The story is self-contained enough to keep you interested even if you don't know the first thing about the series. The level of challenge will suit just about everyone, especially since you can change it on the fly, and the animations and visuals are the usual top-notch ERS fare. It may be a predictable experience, but even if you know what to expect, that doesn't change how good it is!

Chapter One: The Puppeteer's House

Getting to the Tailor's

Red goes on the left side, closest to the numbers.

Getting into the Theatre

Getting to the Tower

Getting into the Storage Room

Getting the Penguin Flippers

Putting Out the Fire

Chapter One: The Puppeteer's House

Getting to the Tailor's

Red goes on the left side, closest to the numbers.

Getting into the Theatre

Getting to the Tower

Getting into the Storage Room

Getting the Penguin Flippers

Putting Out the Fire