Good morning, true believers! I hope you're having an awesome week, because I sure am, despite unfortunately not actually turning out to have the zombie plague after my illness last week. Turns out I was kind of married to the idea of leading an Undead Apocalypse in a Derpy Hooves t-shirt to further confuse and terrify people I ate. It was going to be spectacular. Oh well. It's November, so let's celebrate anyway! As the nights get even longer and the time of many feastings approaches those of us in the US of A, not to mention the time of many unproductive hours, our thoughts turn to wrapping up tight in front of our computer-type devices to enjoy some quality gaming to keep the winter at bay. After all, even though 2012 has literally been an amazing year for indie games, there's still a lot more to come and enjoy, so let's get to it! 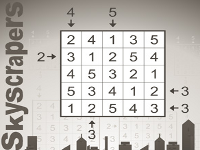 Hey There, Puzzle Kid, Solving In The Sky So Fancy Free... Hey, you like Conceptis, right? Sure you do. Look at you, all brainy and whatnot. Well, they've got another sky-high logic puzzle series for you brainiacs to solve in the form of Skyscrapers, published exclusively weekly at their site. In their own words, "Each puzzle consists of an NxN grid with some clues along its sides. The object is to place a skyscraper in each square, with a height between 1 and N, so that no two skyscrapers in a row or column have the same number of floors." Sounds... easy! No problem! I can solve those in ten seconds flat! So, uh, while I'm doing that, all you puzzle fanatics should definitely go sign up for a free account so you can take advantage of the weekly releases! I'll just be here!... solving... these... 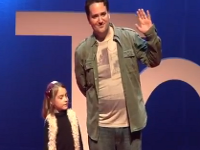 Ponycorns Are Serious Business Remember Sissy's Magical Ponycorn Adventure? TRICK QUESTION. Of course you do, because it's amazing, and to suggest otherwise is to admit to being a bloodthirsty, heartless pod-person. Well, creators Cassie and her dad Ryan of Untold Entertainment took a little trip to Ted this October to talk about their work creating games together, and you can watch the whole thing online right now. It goes without saying that we friggin' love Ponycorns, but more importantly, we love people who encourage their kids to express themselves in such a creative fashion and encourage a whole other generation to take a hands-on relationship to their love of gaming. 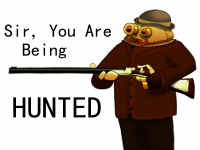 When A Robot With A Gun Asks For Money, You Say Yes If you're like me and have been eagerly following development of Big Robot's open-world survival sandbox game Sir, You Are Being Hunted, now's your chance to really help it along. The game is up for funding on Kickstarter, and though it's already reached its funding goal, there are over three weeks left for you to pitch in, netting yourself a DRM-free copy of the game when it releases in July of 2013. The game pits you against a series of frighteningly gentlemanly-garbed robots who are hunting you for sport across a procedurally generated world, and it's up to you to use your wits and stealth to figure out how to handle them and survive. This looks like it's going to be a lot of fun. Provided your idea of fun is getting shot at while hunted by robo-hounds. And whose isn't?! 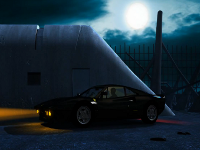 Whatever You Do, Watch Out For The Beast! There's a good reason Another World is considered one of the greatest adventure games of all time, and not just because I have many fond memories of hours as a wee lass spent "helping" my Uncle play it. And by "helping" I mean "squealing and covering my eyes whenever a death scene happened". Well, turns out Riccardo Faidutti thinks it's pretty sweet too, and the result is this amazing live-action HD remake of the game's iconic intro sequence. To say it's an impressive labour of love isn't doing it justice, and this is exactly the sort of effort-intensive fan-made project that showcases just how big an impression video games can make on the people who love them. 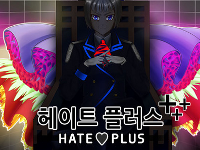 We Love To Love Love's Hate Christine Love's emotionally charged and thought-provoking visual novel Analogue: A Hate Story is coming for your feels and your brains again soon. It's new paid DLC sequel, Hate Plus, has been in development for a while now, and with a release date tentatively set for January of 2013 (maybe!), it might be time to refresh yourself on the original. Promising to be "substantial", it takes places immediately after you've returned to Earth and will delve into why the society aboard the Mugunghwa became what it did. You know. That stuff. And those things that they did. (Talking about sequels while avoiding spoilers of the original is hard.) You can check out some new screenshots over at Christine's personal blog, and suffice it to say the game looks fantastic, especially with the added inclusion of neutral responses! You probably shouldn't expect this to be very cheerful, but knowing Christine Love's work, you should expect it to be immensely intelligent and gripping. Stay tuned!

That talk was a great clip and so so true.

1: How could anybody forget Ponycorns? Impossible!

2: Why aren't there more wacky games coming out of left field? There's too much re-hashing of the same schtick. I'm looking at you Angry Birds Star Wars! I don't care if Malibu Stacy has a new hat, I want Lisa Lionheart.

That Another World video was truly amazing. Glad I started my morning by reading LDF. What other awesomeness do you have hiding under your hat, Dora Dora?

Just the most awesome thing EVER, dearest elle.
http://www.youtube.com/watch?v=ZZ5LpwO-An4