When a loved one is in trouble, drugged and held captive by a crazed, vengeful extortionist, there is only one thing to do. Call the police? No. The FBI? Nope. The Navy SEALs then? Pfft. Why would you when you are aptly skilled at decoding enigmatic riddles, deftly spying shrewdly concealed objects and piecing together a multitude of clues thereby overcoming every obstacle contrived to prevent your rescuing him? That's the way it works in the world of hidden object adventure games. Of course it's logical to drive through a thunderstorm to a secluded mansion-slash-movie studio upon learning your father is dead and your brother has gone missing; you'd never blink an eye to see every door barred by elaborate locks or threatening notes from an unseen antagonist. 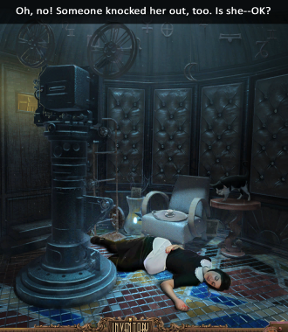 And so, here you are, giddily sleuthing through Eipix Entertainment's Final Cut: Death on the Silver Screen, seemingly in the grasp of a lunatic who has watched one too many murder mysteries without learning smart villains should never confess their nefarious plans. Is all this fun? You bet! Roll up your sleeves and jump right in to mini-games galore, hidden objects everywhere, Art Deco designs, over-the-top characters and B-movie antics. You're tasked with finding all the pieces of your father's physics-defying, army-coveted secret invention—and reassemble it—before the kidnapper goes even more berserk and offs your bro.

To help you along, the cursor changes to indicate items to grab or puzzles to interact with. When you pick something up, it lands in a very well-designed pop up inventory bar which quickly disappears to not obstruct your view of the superb scenery. It's not long before you're packing around oodles of tools, trinkets and pieces while making sense of a multitude of puzzles—you'll need a very organized mind or somewhere to store all this information. Lucky for me, then, there's an interactive diary to store clues and a map of the spacious premises. In the relatively few search scenes, you're presented with the standard list of objects: some easily spotted, others more obscure, and a few to be reconstructed before pick-up. Those sensitive to flashing lights should avoid the mis-click penalty; only a rapid succession of willy nilly clicking seems to activate it, though. Regular or expert game modes determine the presence of sparkles, the refill speed of hint/skip timers, and whether tasks are highlighted on the map. 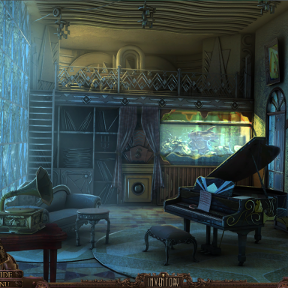 Along with large assortment of mini-games, plenty of detective work awaits you outside of the standard hidden object searches. Earn achievements by finding and turning on all the lights (not as simple as it sounds) or collect all of your father's cards (no changing cursor will help you there). There's even an achievement for finishing the game in less than five hours yet that task might mean non-experts will skip through some puzzles (thus losing other achievements) to do it.

Analysis: As you watch the credits roll, a grin still spread across your face after that cheeseball ending, what you suspected is confirmed: the creative team at Eipix Entertainment not only has a great sense of humor, they had a blast making this game, which helps account for why it's such a blast to play. But, if you start playing Final Cut: Death on the Silver Screen without checking your Detective Charlie Chan stoicism and are unwilling to rifle through piles of movie props, eschewing that handy telephone (which has a perfectly working "9" and "1" on the dial) in order to grab a makeshift lockpick, then you're coming at it all wrong! Here is a hidden object adventure that is all about having fun, especially when your idea of a good time is hours of solving clever puzzles and exploring a labyrinth of imaginative settings. Despite some of the strangeness involved, the effect is amusement not creeps, although I couldn't help jumping a little each and every time I walked into Father's study (you'll see what I mean). 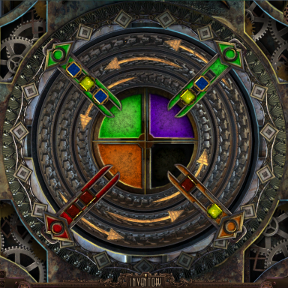 Are there cliché plot devices and the usual story twists? Yes and yes. Tongue is firmly planted in cheek and corniness ensues, but it's a riot to not only watch but be a part of this awkward suspense dramedy. Perhaps the production would not stand up to George Lucas' standard, but it's not meant to. The graphics show skillful artistry and a keen eye for design but too much seamless polishing in the story scenes would spoil the B-movie effect. Quality emanates everywhere it counts here: the puzzles are fun, not all too mentally taxing but quite a few will make you work for your reward; there's a wide variety of locales to explore to stave off boredom; plus, all the gameplay mechanics (even an overly-springy inventory bar) function intuitively so you can stay engaged with the adventure and not with fumbling controls.

You'll know before you begin how it's all going to turn out, yet Final Cut: Death on the Silver Screen will have you happily strung along, engaged in a battle of wits against a certifiable nutcase—more than enough to keep you on your toes. With all this set before you, it's no wonder you wouldn't want to turn over the glory to the authorities. Ready to get your hidden-object-finding, puzzle-solving and loved-one-rescuing game on? Then your walk-on role in Final Cut: Death on the Silver Screen is just a little ways down this winding, rain-slicked road.

A Collector's Edition is also available. It contains bonus content not found in the Standard Edition. Remember that Big Fish Game Club Members pay only $13.99 for Collector's Editions (or 2 club credits), and collector's editions count 3 card punches of 6 total needed for a free game.

Get Inside Father's Mansion

Get Into Father's Study

Getting the Theater Key

Getting into the Music Room

Get to the Maid

Talk with the Gardener

Get to the West Hall End

Getting to Your Brother

Getting the Fifth Thaumatrope

Getting into the Museum

Getting into the Alley

Into the Editing Room

Perhaps the production would not stand up to George Lucas' standard

Not a very good example.

There's some real dimwits in this, but the puzzles are enjoyable and it's a good length. Worth the ten bucks if you buy this weekend.

Thanks for the rec. I really liked that one. It was a lot of fun indeed and I was impressed with the number of places we could explore. I didn't care much for the extra chapter but the making of/cast photos were a nice and funny touch.

Awww, now where is the love for Howard the Duck?

Anyhow, when thinking "amazing special effects," don't a lot of folks think of Lucas Arts? Or, perhaps, it's my Nor Cal roots speaking for me.

Get Inside Father's Mansion

Get Into Father's Study

Getting the Theater Key

Getting into the Music Room

Get to the Maid

Talk with the Gardener

Get to the West Hall End

Getting to Your Brother

Getting the Fifth Thaumatrope

Getting into the Museum

Getting into the Alley

Into the Editing Room