Dream Chronicles:
The Book of Water

"To sleep, perchance to dream — ay, there's the rub: for in that sleep of death what dreams may come." The dreaming state has held such fascination in human culture since before recorded history due to the surreality of what wells up from our subconscious when we sleep. The Dream Chronicles series of point-and-click adventures developed by KatGames manages to capture within its gameplay both the beauty and the danger whereof we dream, especially in the second narrative of the second Dream Chronicles trilogy (and fifth game in the overall series): Dream Chronicles: The Book of Water. 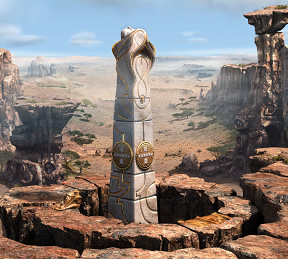 The Book of Water picks up where Dream Chronicles: The Book of Air left off, with the heroine Lyra making her way back home to the land of Wish after her adventures with the Clockmaker. However, as she approaches the village a raging thunderstorm forces a crash landing, leaving Lyra stranded with a broken airship outside of the locked gates. Pretty soon she discovers that everyone has fled, including her mother Faye (heroine of the first trilogy), leaving her father dying of a curse from the evil fairy Lilith. Yes, once again Lilith is back and badder than ever, accompanied by her now-grown-up and homicidal son Kenrick, and not-so-good things are happening in the land of Wish. Father Fidget is dying, grandma Aeval is nowhere to be found, mother Faye is searching desperately for a cure, and grandfather Tangle...well, let's just say, poor Tangle is no longer with us. It is up to Lyra now to trace her mother's footsteps and find a solution to both her father's curse and the nasty thunderstorm that is tearing Wish apart.

Dream Chronicles: The Book of Water is virtually a pure point-and-click adventure experience of the old Myst school of gameplay, with some minor hidden object elements mixed in. You simply interact with your surroundings using a click of the mouse, whether it is picking up objects, examining interesting areas, or moving from place to place. Unlike most hidden object hybrids you will not find rooms full of junk and long lists of useless items to search out. Everything you pick up in this game is used, whether to solve puzzles, to manipulate your surroundings, or to power the Dream Jewels that you need to complete the quest. As with other games in the series you will be finding both Dream Jewels and Dream Pieces. Collect enough pieces to power a jewel and you can use their unique abilities to further manipulate the dream-like world around you. There is only one mode of gameplay this time around, and the makers have included the blessed relief of both a hint generator (which helps you keep track of your quests and goals) and a hidden object hint finder (which refills slowly). Anyone who was stuck in Dream Chronicles 2: The Eternal Maze searching for that last tiny scrap of music score or piece of the chess set will appreciate this the most. 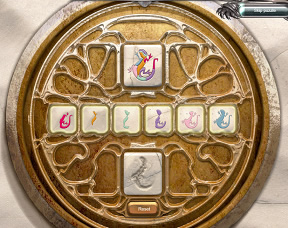 Much of the fun in Dream Chronicles: The Book of Water is revisiting many locations that will be very familiar to those who have played the previous games. Places and people from all four games show up either directly or indirectly, setting up for what promises to be the final blowout between Lyra's family and the evil Lilith and son in the upcoming sixth game. For those who have enjoyed the series it is a nostalgic look back ("Hey, I remember this place!") while setting up for the ultimate showdown. What is Lilith up to? Is she really behind all of the mayhem? Where does the Dream Librarian fit into all of this? The Book of Water doesn't answer many of these, but whets our appetite with the promise of answers to come.

Analysis: Being a strong fan of the series myself, I can already see the controversy brewing. On one side will be those happy to embrace the nostalgia of visiting the town of Wish (game 1 and 4), Meerow's house (game 2), the herbalist's place (game 3), the Clockmaker (game 4) as well as the new locations. On the other side will be those who consider reusing all of these locations simply recycling, adding nothing new to the storyline. However, despite seeing these familiar places, you won't be doing the same things this time around. Many of the places have new viewpoints, and in every case the actions the player needs to take will be very different with one big exception: veteran players should brace themselves for the gramophone puzzle from game 2. 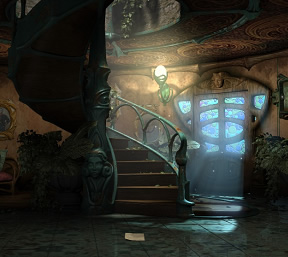 Although Dream Chronicles: The Book of Water is similar to The Book of Air in that it is shorter than the first trilogy of games, it packs much more of a punch. The problem with Book of Air was that it seemed a bit...detached from the main story. After all, Lilith was still on the loose and things hadn't been totally wrapped up from the first trilogy when Lyra went off to an adventure featuring a completely new character with no seeming connection to events of the past. In Book of Water, however, the past is present with either the meeting of or mention of lots of main and secondary characters we've come to know from the first trilogy, along with a hint that the Clockmaker has his own agenda that may or may not coincide with Lilith's. Heady stuff and a perfect setup for the final game in the second trilogy.

As usual the game is heavy on the puzzles, normal for any Dream Chronicles game as they all favor puzzles over object finding. However, whereas Book of Air seemed to be almost overloaded with puzzles that slowed down what little story there was, Book of Water sacrifices some puzzles (fueling the airship, finding and setting coordinates, etc.) to keep the story moving along at a fast clip as there is a lot of story to get through. For fans of the series that makes Book of Water much more satisfying than Book of Air, which was more of a prologue than a fleshed out story, and seemed to use the constant puzzles to slow down gameplay rather than create a narrative.

Be prepared for more of the stunning visuals that are the hallmark of the Dream Chronicles series. Wish, that charming, quaint fairy village looks very different at night by the light of a dreadful thunderstorm. Although there is some recycling of locations there are also some new places to explore and gasp over. And for fans of the series it is a joy to see what is happening with the characters they have come to know and love (or hate) from previous games, even if the answer is a bit of a downer in some cases.

The game is still on the short side but if you take your time and don't skip any puzzles you will be richly rewarded with some pretty satisfying casual gameplay. Stunning to look at, a joy to listen to (the soundtrack is lovely as always), challenging, entertaining, and downright fun, Dream Chronicles: The Book of Water is a worthy successor to those games that have come before, while setting the stage for the (hopefully) big wrap-up that is to come.

A Collector's Edition is also available. It contains wallpapers, screensavers, the soundtrack, a strategy guide, and a hefty bonus side quest. Remember that Big Fish Game Club Members pay only $13.99 for Collector's Editions (or 2 club credits), and collector's editions count 3 card punches of 6 total needed for a free game.

Recently I bought all the non-collector's-ed. versions of the first four DC games and had a wonderful experience puzzling through them. Is it usual for BFG to release the collector's ed. first? Is the regular one going to come out soon? Is the collector's ed. really worth twice the price, in terms of gameplay?

Yes, the collector's editions usually come out first, with the regular editions coming out a couple of weeks afterward. As for worth the price, it depends on the consumer. If you are a Big Fish club member, the price is $13.99. You would pay $6.99 for the game and another $6.99 if you wanted to buy the strategy guide, and you'd have the extra gameplay, the screensavers, wallpapers, etc. as a bonus. However, if you wouldn't have bought the strategy guide or you are not a member of Big Fish, you might view the value differently. I'm a Big Fish member, and I consider the $13.99 worth it. However, not everyone will and it really depends on the individual.

For the Collector's editions I also would say the price is worth it. Not specifically for the items that come with it, but just the fact that I can start playing right away. I don't want to wait for several weeks...

Minor detail: the Book of Water is quite a short game, it took me less than two hours to finish it. And then the price for the Collector's Edition is a bit high.

Nonetheless, the game is great and looking forward to the sequel (Book of Fire I guess?)

Hmm, forgot to mention that i did not yet finish the bonus game...
the fun continues!

Have been a fan of Dream Chronicles since the beginning, and the 2nd trilogy startled me with how different and yet how more developed it is compared to the first trilogy.
I'm wondering if Lilith's half mortal/half fairy child is...

Kendrick - the one responsible for taking Tangle's life?

I actually enjoyed the concentration of puzzles in the first game Book of Air, I love to be involved in a game more than just enjoying the narrative.
There didn't seem to be an option to choose between difficulty levels in Book of Water, which was a little disappointing, and the puzzles were definitely on the easier side.
But I loved it!
Really hope the Book of Fire chapter is released, and that the doubt about it discussed in online forums is just a fanciful rumour.