Wonderland Adventures: Planet of the Z-Bots

Wonderland Adventures: Planet of the Z-Bots marks the third in the main series of puzzle adventure games from developer Midnight Synergy. It arrives several years after the previous installment, Mysteries of Fire Island, but because it's such a large and well-built game, it's an easy delay to forgive. Planet of the Z-Bots captures every bit of magic and charm from the other releases, only now there's a lot more of it! 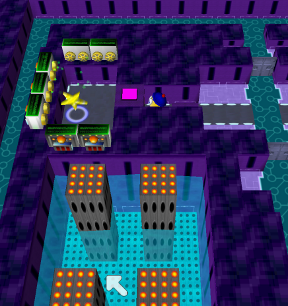 Your friends have been captured by the Z-Bots, and if you don't stay on your toes, you'll be captured, too! Working your way through their planet, you'll solve puzzles by stepping on buttons, swiping color-coded key cards and utilizing your own brand of magic. Use the mouse to tell your Stinker where to go, or walk using the [arrow] or [WASD] keys. Inventory items can be accessed by a quick click, and when you're packing magic, you can either click the icon that appears or just right click the mouse to activate the spell.

You'll travel across several different environments in Planet of the Z-Bots, starting in the compound and moving on through jungles and deserts and caverns and beyond. Levels and tasks are focused on central areas that, once cleared, push the story onwards. In total there are over 130 stages to complete, and we're not talking quick puzzles you can run through with your eyes closed, either. Wonderland makes you think, and Wonderland gets you to master the art of sniffing out solutions and secrets. And it does it in a way that makes you want to never stop playing. 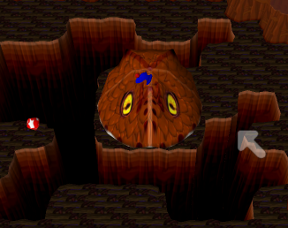 Analysis: On the surface the puzzles in Wonderland Adventures 3 can sound predictable. Buttons and switches and moving platforms, seen it before, right? In action, though, the game is practically a master class in puzzle design. Nothing is wasted in Planet of the Z-Bots, and every action can affect two or three other parts of the level, such as buttons that trigger multiple doors. This leads to a little backtracking, but it also gives you a greater sense of satisfaction once the puzzles are complete. There's a sense of compactness, even in the larger stages, and because most objects play a part in a puzzle's solution, everything you see is suddenly of great importance.

Wonderland Adventures has always been a shining example of how to do puzzle adventure games right. Z-Bots is no different. It sticks to the basics but does everything so well you'll forget you're playing a game. You don't need super fancy 3D visuals or countless gimmicks to entertain players. You just need a Stinker or two, some buttons to step on, and brilliant puzzle design. Might as well hand over your next few weekends to this game, as you won't be able to stop playing until you've collected every single star and gem.

I now have this uncontrollable urge to play the original Wonderland Adventures all over again. And it's a pity they haven't released a playable demo for this one, the puzzles and the gameplay sell the game much, much better than any screenshot one could take =P

It's true, screenshots really don't do the game justice! Midnight Synergy says a demo is possible in the future, but the main focus was to get the full game out first.

There's a trailer that shows off some gameplay: http://www.youtube.com/watch?v=HlPrnECBcRk

Also, I forgot to post a note above, but the game is on sale until the end of the month. Worth every penny, even at full price. :-)

415 Views
0 Comments
jayisgames.com— 2021 first-person shooter (FPS) games might have made you grapple around, swipe high-tech vehicles or fight challenging bosses. They might also have trapped you in a never-ending loop and immersed you with gory survival from zombies and other creatures. You...  ...

1,899 Views
2 Comments
chrpa— Jayisgames needs your help to continue providing quality content. Click for details Hi, it's Wednesday! The Weekday Escape has arrived! With Amajeto you try to escape their apartment where you need to collect eight tiles. The second comes lovely...  ...

1,419 Views
0 Comments
chrpa— Jayisgames needs your help to continue providing quality content. Click for details Welcome to Mobile Monday! This week we return with Labeledman (LABELEDMAN LTD) to an unfinished strange case. Well it stays unfnished but it moves a bit closer...  ...