What's inside The Box? 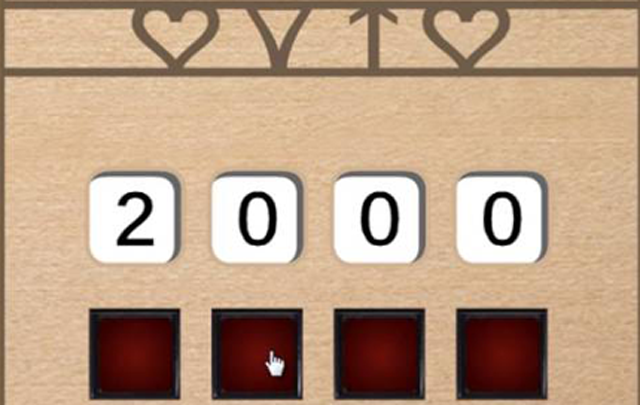 There are some questions that mankind always ponders. One of these questions, one that probably won't show up in a philosophy class, is "what is in that box?".

To figure out what is inside Bart Bonte's boxes, you'll have to solve puzzles. I say boxes because there are two versions of the game: a 30 level online version and a 100 level mobile version. (The reason the mobile version has more levels is because those levels use mechanics such as tilting.) Both are free, the levels between the two versions are not all identical, and whatever is inside the browser box is different than whatever is inside the mobile box.

Although this game has been released at the end of May (and maybe you already played it) it's the fun typical of Bonte's games, so no matter what is inside, there still is plenty of levels and fun.

Play What's inside The Box?

Can anyone explain the logic for level 29?

I just clicked every button until one changed, then repeat.

The logic behind box 29:

I got through all 29 levels with no problem, but 30 I was becoming quite frustrated with, what is it we are supposed to be counting? I clicked lines in the letters, order in the alphabet, etc. I finally clicked on the '?' at the top thinking it would go to a walkthrough and it skipped the level?! Can someone explain the solution? Also, I am left still wondering what's in the box. Bonte could have put a satisfying little cute or clever thing the box opened for at the end of each level, just my opinion, still a great mini puzzle game.

The thing you are counting up to is in plain sight...

It is the beginning of each word that counts...

If it isn't a spoiler to say so, the English language puzzles were a bad inclusion: they restrict this game to English speakers only, not allowing players from the entire world to enjoy and play this. The game is also not too fancy, naturally.

There's no suggestion of more games with this format and genre. I was looking for more. I know "Puzzzled" by selfdefiant.

This game is by Bart Bonte and they are many more from him on JiG. If you enjoyed it you may want to try the tag bbonte.