What are you in the mood for? A visual novel? How about something sweet and fluffy where a thorny but tender heart finds true romance? And adventure? Maybe you'd like something strange but bittersweet where regrets and secrets keep loved ones apart even after the end? Or maybe just a short puzzle game? Something cheerful and simple, where two friends can splash and chomp the day away under the sun? Whatever you need, the free indie games of Weekend Download have you covered, thanks to Melsephant, Jupiter Lighthouse, and S.K.Y. Art and Design! 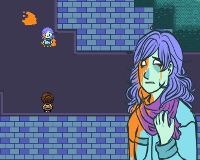 The West Quad (Windows, Pay What You Want, including free)- In this short surreal adventure by Melsephant, Annelisse is a new college student who's still grieving over the death of her sister years earlier, but one lazy afternoon takes a turn for the bizarre when she finds herself trapped in a timeless realm and learns she may have to make a hard choice to set things right... or is there a better way? Light on puzzles and with a tone by turns touching and silly, The West Quad has several different endings, though it feels like it still needed more fleshing out to add enough closure to make any of them truly satisfying. Still, if you want something bittersweet and unexpectedly funny, this is an easy choice. 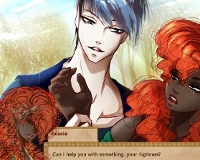 A Troll's Fairy Tale (Windows, Mac, Linux, free)- In this romantic, comedic visual novel made for 2013's NaNoRenO by S.K.Y. Art and Design, Acacia is a blunt, no-nonsense no-shes-hideous-we-totally-swear young troll whose abrasive attitude has chased away every suitor each festival, much to her mother's chagrin. But Acacia just wants a love like in the fairy tales, even if her mother is much colder to the concept after a disastrous relationship with her own. Though light on choice, the game has two routes, and is a long, cozy read, perfect for those who enjoy light-hearted romance despite some familiar tropes. 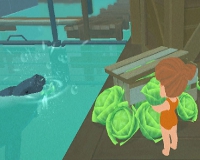 How Now, Sea Cow? (Windows, Mac, Linux, Pay What You Want, including free)- I love manatees so much I cried the first time I saw one in person (SHUT UP), so I admit to being a little positively predisposed to Jupiter Lighthouse's adorable casual puzzle game about a girl hanging out with her manatee bestie. Made in just a week, your goal is simply to get the manatee where you want it to go, by tossing heads of lettuce into the water to lead it around obstacles. It's definitely short and simple, more of a teaser than anything else, but such a sweet little concept that it would be great to see it a little more fleshed out with more to do in the future.