This edition of Weekend Download answers a question that has been plaguing mankind since 1984: who ya gonna call (especially if there's something strange in your neighborhood)? The answer is, unequivocally, QWAK. Wait, no, the other thing. Ghostbusters. Yeah! 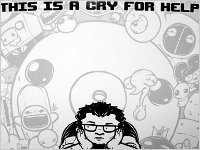 This is a Cry for Help (Mac/Windows CD, compilation) - The artistic life of Edmund McMillen (Meat Boy, Aether, Triachnid, and others) now available on CD! The epic disc contains 17 games, some of which were never released to the public (such as the "lost levels" of Gish!), along with 450 pages of comics, 300 pages of sketches, animations, movies, and plenty of extras. A nice peek into the creative mind of one of indie gaming's best-known artists. (Note: The disc contains some mature content.)

The Gear that Works (Windows, 1MB, free) - A remake of the classic Gearworks puzzle game, your simple goal is to place gears so they link together to form a functioning chain. Click to add a gear, and right click to remove one. You have a limited number of removals per stage, so plan thoughtfully and hit that mouse button only when you must!

SudokuAdept (Mac, <1MB, free) - The concept of placing numbers on a grid is simple enough that you would think most sudoku games would get it right. Unfortunately many of them don't, which is why SudokuAdept comes along with a clean, simple interface to make your number crunching a smooth experience. Keyboard or mouse controls, lots of customizable options, and millions of puzzles make it a one-stop-shop for your sudoku cravings. 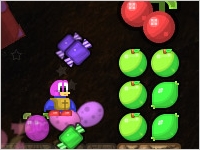 QWAK (Windows, 5MB, demo) - The "super-playable cute platformer" is a remake of the 1989 game of the same name. All you do is collect fruit for points and throw coconuts at enemies to keep your character safe. Keys, levers, and bits of armor are scattered around the level to both help and hinder your progress. For a crazy time, grab a friend, haul him/her to your keyboard, and give the two player simultaneous gameplay a run. Also available for Game Boy Advance! 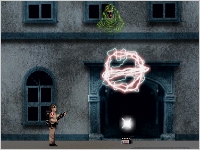 Ghostbusters (Windows, 13MB, free) - A remake of the classic Ghostbusters game released for a number of legacy systems (Atari 2600, Sega Master System, NES, etc.). This one stays pretty faithful to the original while giving it the requisite graphical upgrade along with a few minor gameplay tweaks. Outfit your car with ghost busting gizmos, then set out on the streets to hunt down and trap the little nuisances.

I used to play Qwak on my Amiga when I was but a young child. Now I can play it again! Huzzah!

Sudoku! It has been such a long time since I've played it. Hopefully I still remember how to play it...

Oh my god, I remember Qwak! I had it on my amiga. I loved that game. I tried getting it for the WinUAE, but there was a lot of problems.
Heh. I'll definitly try to buy Qwak as soon as I get some money.

The Gear that Works looks very interesting. I remember a game similar to this in one of those game competitions. Game was very hard, though.

Fab, you're thinking of "Gear Puzzle" by David Durham:
https://jayisgames.com/archives/2006/09/gear_puzzle.php

I've played The Gear that Works until my eyes reached that unhealthy red tone and, thankfully, until the end of the game. Really, really fun! :D

I was a little frustrated closer to the end, where the randomness of the next piece started to become decisive to the completion of the level. Maybe something like tetris, with the next 2 or 3 pieces displayed, would help.

heres a bit of info

edward mcmillan will be on bytejacker next monday and thursday answering questions about "this is a cry for help"
it can be seen on youtube itunes or their site www.bytejacker.com

Why is it that in Manhatten everybody always driver in the sam direction, only the ghostbusters always are wrong way drivers?

Well nice theme, bad game. retro or not, a strong "theme license" does not compensate for a lousy game. As always, even on commercial products...

Why is This is a cry for help here? That's not exactly a download...

fuzzyface:
they're running from the ghosts! get it? get it?
haha..ha.. not funny :P