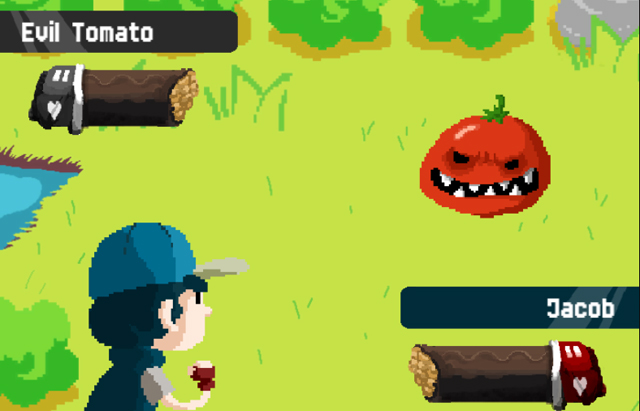 Did you remember ever having a treehouse when you were younger? In Tree House Quest, you play as the little boy

Colorful graphics and animations make Tree House Quest the epitome of childlike imagination in visual form. What makes the game even more noteworthy is that it was made in a mere 72 hours for Ludum Dare 37. Arrow keys or [WASD] can be used to move around and select choices during battle, while [Spacebar] is used to advance dialog or confirm selections. As a curious mixture between exploration and rpg fighting, Angry Squirrels' game may be just the ticket to revitalize your childhood fantasies and sense of wonder.

Really not enjoying this game. I was intrigued by the great story premise, but right away we have problems. Unity? Ugh. There is nothing complex about this game's actions or graphics, and a normal game development system could have been used. Unity is not smooth and takes way too much time to run, causing horrid lag.

Secondly, this is just tedious to play. The game is a series of mazes where you encounter monsters that you have to fight in a Pokemon style battle. The battles are long, and not engaging. The mazes are also uninteresting to the max. This game was a real drag all the way through.