Everybody says you shouldn't let your past control you, but what if you don't have a choice? In present-day Chicago, Victoria "Vic" McPherson is an FBI agent on the trail of a serial killer who has been growing more and more violent with each discovered victim. In 1920's Prague, her grandfather, Gustav, is a P.I. investigating the death and disappearances of a growing number of prostitutes. When she finds her grandfather's journal in the attic, Vic begins to notice some disturbing similarities between the case she's working now, and the string of murders her grandfather was working on nearly eighty years ago. But any similarities must be coincidence, or else the work of a copy-cat. After all, there's no possible way the killer could still be around all these decades later... is there? Still Life is a murder mystery in the form of an adventure game that, for all its ups and downs, is a lot of fun to play and has a great story at its core. 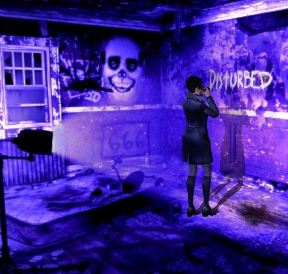 You play with the mouse, clicking to interact when the cursor changes, and clicking on the ground to move there. (You can actually double-click to run, although the boost of speed you get from it is negligible.) During conversation you can press the [spacebar] to skip through a block of text, or the left and right mouse buttons to ask questions. Right-clicking or pressing [ESC] will open the menu where you can use and view your inventory, journal, or save and load your game almost any time you want. Since you're rarely given specific directions, it's important to listen to what the characters tell you, or look around your environment for clues.

Be warned that since this game was made in olden times you cannot skip puzzles, and at least one lockpicking minigame may drive you absolutely insane, even with a guide. Ah, 2005. When puzzles were overcomplicated and gamers wept. In fact, while most of the puzzle-solving in Still Life revolves around standard adventure game use-this-item-here shenanigans, there are still quite a few surprisingly difficult ones.

As both Vic and her grandfather Gus, you'll explore two different locations and two different time periods. The gameplay shifts between them in chapters. Playing as Vic, you'll use high-tech forensic equipment to gather and analyze evidence, or chase down suspects in a 4x4. When Vic stops to read her grandfather's journal when she has the time, the perspective shifts to Gustav, who may have to resort to more "old fashioned" methods of investigation, but has a rather unusual ability that may come in handy as well. While technically the sequel to a game called Post Mortem that focuses on one of Gustav's earlier cases, the game is an independent story that doesn't need any background to be enjoyed. 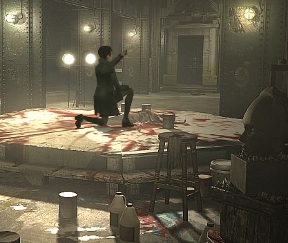 Analysis: One thing you can never accuse Still Life of is rushing anything. Even when you wish they would, in fact, since you'll do a lot of moving slowly from place to place talking to people at great length. Fortunately, when the story does start rolling along, what emerges is actually a really good mystery story with a lot of tension and genuinely creepy moments. Of course, you should probably suspect some cheesiness too, and plot points aren't always handled as smoothly as you might hope. The story also seems to assume you're reading Vic and Gustav's notes as they get updated; there's a lot of background information in there on various people that gives some much-needed perspective and insight into the relationships they share with the protagonists.

The thing is, the gameplay is far from bad, but most of the time you're lead around by the nose. If you can't figure out a puzzle, you just can't proceed until you do. There's no way to really mess anything up since you don't have any choice, and it's disappointing that your sole interaction in conversation is simply to click the mouse and prompt the next line of dialogue. If you can't choose what you say, why even bother involving us at all? And this might seem a small nitpick, but why does everyone in Prague speak flawless English with no accent at all? People with the least Anglo-American names you can come up with start commenting on Gus's non-existent American accent, and one woman speaks flawless French at one point for no reason despite never having only spoken English prior. 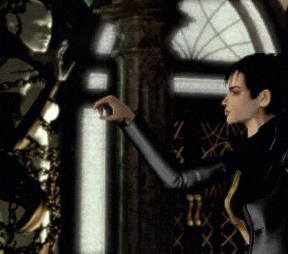 The tone kind of strikes an odd balance between an episode of whatever your favourite cop television drama is, and a vaguely Broken Sword-ish sense of humour. Actually, it's a bit like what you'd get if you kidnapped Dan Brown and forced him to write an episode of NCIS. Vic makes a great protagonist, despite a tendency to crack some legendarily corny jokes at inappropriate times. It's great to see a female lead that's well rounded instead of leaning towards either extreme; soft and shy, or unpleasantly sarcastic and aggressive. Plus, how can you not like an FBI agent who owns a pair of bunny slippers when she's not kicking in doors or chasing bad guys on rooftops?

One of the best things I can say about Still Life is that the more I played it, the more engrossed I became, until I was genuinely sorry to see it end. Despite some issues with pacing, some cheesy moments, and relatively unoriginal gameplay, it's bolstered by a wonderful cast, absolutely gorgeous environments, a satisfyingly creepy mystery, and top notch production values for its time. Sadly, there's not really any replay value to be had; after all, once you've uncovered a mystery, what's the point in following the same trail of clues to the same ending again? But while it lasts, Still Life is definitely worth a look for fans of old-school-ish adventure gaming with a taste for a good story.

Are you guys that brave enough to play these games? Awesome!

Is it wrong that when I saw the title, I mixed it up with Half Life?

Would it be awesome to put headcrabs in this game?

Great game. It was released some years ago but I remember it well. Still Life II was recently released too.