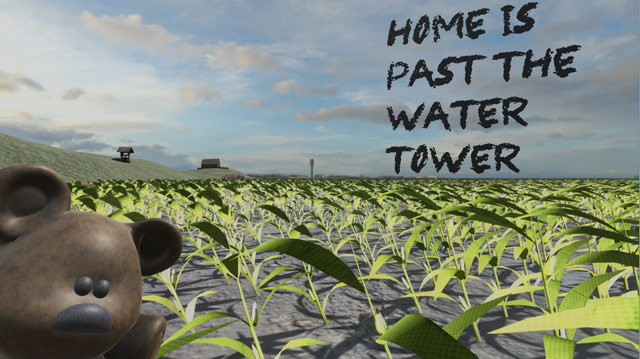 You wake up the same way as you have for as many days as you can remember: behind bars, locked away from your family. It's just another day, and it is time for you to rise and shine. There's work to be done, even as you trudge through the slow, somber melancholy of prison life. One day, though, you have a sudden urge to do something different. It seems innocent enough: you want to give a teddy bear to your daughter. There's only one small thing you must do to get there: break out of prison first!

Produced with the aid of Unreal engine, Pillow of Stone provides a window into the life of a convict whose intentions may be good, but his actions possibly more questionable. The graphics are quite good along with a pretty neat soundtrack. The music fits the game well and is chosen scene-by-scene to be a good fit for each stage of the adventure. You will go from the quiet, very slowly paced action of the initial day, to a faster pace as you realize what you must do to get out, to slow again when it's finally time to pick up the phone and call your loved ones...and then trek through a long cornfield to get back there. 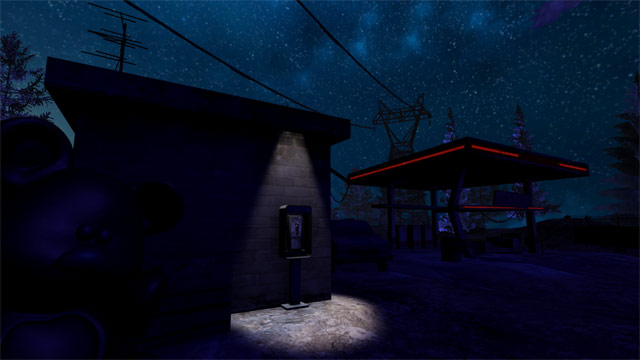 Voice acting could have added another dimension to this game, and it's a pity that the author didn't have a chance to incorporate it and doesn't seem keen on making any future updates. There are also a few issues with general clipping and losing items that you need to "throw" in order to progress, and it is possible to sometimes bug out of a level in this manner. With that being said, there is a completely free level select screen, and allowing you to go to any level at any time largely mitigates that potential hazard. You don't even have to play them in chronological order if you don't wish to, though for the sake of the story it's probably a good idea.

The controls in Pillow of Stone are straightforward. Use [WASD] or arrow keys to maneuver, along with [Space] to jump. The 'E' key is used to interact with objects, and you can look around by moving the mouse. Left clicking will allow you to throw your current object when you are holding one, and finally [Esc] will return you to the title screen to change options or quit the game. It should be noted that there is no save feature, but as already mentioned, this isn't really an issue when you can pick up at any level of your choice, most of which are not that long to play through. It's also intended by the author to play through in one sitting, which will take approximately 25 minutes.

It's time to find out if you'll be able to return to normal life and give your daughter a cuddly teddy bear she'll surely want. Raise your head off that pillow of stone and get to work exploring this short but poignant story.

3,365 Views
0 Comments
chrpa— Jayisgames really needs your help to continue providing quality content. Click for details Once upon a time, Senya, a knight, got a message - in fact, a cry for help - from an imprisoned princess. He set on a...  ...