This week's edition of Mobile Monday is like a soap opera! What we mean is Mobile Monday's long lost identical twin recently came to town and tried to seduce Mobile Monday's husband. What happened? You'll have to wait for the next episode! Gasp and shock and awe! 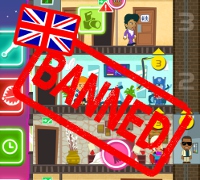 Prince Harry nude in a mobile game? - Set to launch in December, Hotel Vegas is a Tiny Tower meets time management game starring fake celebrities (Arnold Governator, anyone?) who depend on you to keep things running smoothly so their lives are as glamorous and private as they expect. Problem is, the game has just been banned in the UK for depicting Prince Harry wearing little more than a smile. Developer Tagplay has remarked that the game simply will not be released in the UK, with no mention of changing the content to appease the powers that be. It could be an interesting launch when it hits everywhere but the UK in mid-December. Ooh, the drama! 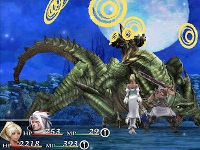 More Chaos Rings for Android! - Square Enix brings another of its massive console-sized RPGs to mobile devices, this time it's the previously iOS-exclusive Chaos Rings Omega hopping on over to Android! The game presents a traditional role playing world not unlike the PlayStation era of RPGs, only, you know, on that tiny device you own that does everything from play games to make phone calls. Just a few weeks ago the studio released the original Chaos Rings on the same marketplace, so with any luck, simultaneous releases on the major mobile platforms will eventually be the norm. 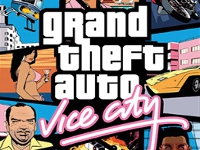 Grand Theft Auto coming to iOS and Android - With the brand new Grand Theft Auto V looming over the horizon, Rockstar Games recently announced Vice City will see a mobile release in the first week of December, in all its random car crashing glory! It's kind of amazing to see games as massive and complex as the GTA series on portable devices. Just a few years ago, we game playing people might have balked at the very notion! But hey, it's the future and all, so let's stop complaining and just play!