Welcome to your Friday! Don't give up yet, the weekend's almost here! How about some things to get you through the day... like rapping combined with one of the most iconic JRPGs of all time? A Mac demo of an upcoming nightmare fuel generator? Or maybe a sale on some of the best point-and-click adventures around?

Time to Terrorize Some Apples We're less than two weeks away from the launch of Slender: The Arrival, a full indie adventure game expanding on the gameplay of Parsec Productions' Slender and with a chilling new story aided by Marble Hornets. Time is running out to pre-order for 50% off, a price of $5.00USD that also nets you the playable beta... which is now finally also available for Mac users! The beta is essentially a single level and a recreation of the gameplay and area found in Slender, showcasing the gorgeous new visuals and terrifying new mechanics, but the full game will be so much more. Head on over to the official site to learn more, and whatever you do, don't look or it takes you.

That Red Dust Just Got Even More Useful Players everywhere have fallen in love with Minecraft, the first-person sandbox game that allows you to craft, create, and shape the entire world around you by gathering materials and fighting monsters, alone or with a friend. Now, with the release of version 1.5, the game has even more to offer... specifically, new functionality added to Redstone, the complex crafting ingredient that allows clever players to make fully automated machines, traps, and more within the game. This is a fairly huge update, and the team has said that after this they plan on focusing less on new content and more on bug fixing, which may mean we're moving towards the time when Minecraft stops updating and is finally "complete"... but hopefully not before we get dragons! 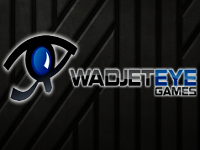 Ghosts, Robots, and Conspiracy, Oh My! I shouldn't need to tell you that veteran indie developer Wadjet Eye Games is amazing, but, well... they are. Everything they create is basically golden, and with this special sale through Groupees, you can own the very best stellar point-and-click adventures they've made for a ridiculously low price. From the thrilling conspiracies in Resonance, to the psychic mysteries of the Blackwell series and more, these are all exceptionally high-quality titles with fantastic stories you'll love. There's just one day left to snag this one, and net yourself a whole lot of hours of quality entertainment in the process.

The Bacon You Know and Love Amnesia: The Dark Descent was a terrifying adventure game that staggered players with masterful use of horror, and we've been excited for its upcoming sequel, Amnesia: A Machine for Pigs, ever since. The game was originally planned for a Halloween release in 2012 but was rather abruptly postponed until the second quarter of 2013. Interestingly, Frictional reveals the reason, stating that they had originally saw the game as a much shorter foray into the game's universe, but the new developers, thechineseroom of Dear Esther fame, had other ideas. Now, in an interview with the fine folks at Rock, Paper, Shotgun, Dan Pincheck talks about how the game is going to be much more like The Dark Descent than they had originally planned. Which is, y'know. Sort of good news for those of us who were excited about a sequel because we liked the whole concept and gameplay of the original game. Stay tuned and get your nightmares primed! 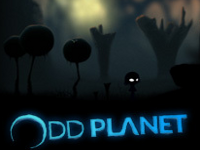 Nothing Ever Goes Wrong in a Shadowy Landscape If you love puzzles and exploration, you'll definitely want to check out the IndieGoGo campaign for the stunning 2-D side-scrolling game OddPlanet. Your job is to guide a lost little girl safely through a hostile alien environment, solving puzzles along the way. It may sound and look sort of familiar, but the game wants to focus more on telling a story through an interactive world with challenging puzzles instead of killing monsters. It looks absolutely lovely, and fans of atmospheric new worlds should be sure to check this one out. 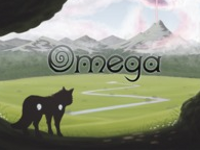 Hungry Like the Wolf Steve Stanley has an eye for the sort of open-ending adventure gameplay players tend to love, and hopes that by sprinkling in a whole lot of platforming, exploration, and player choice you'll want to get on board with the Kickstarter for Omega. You play a lone wolf in a world that's slowly being eaten away by corruption, journeying to the top of a distant mountain to visit a legendary oracle. You'll be able to get there, well, any way you want really, as the game gives you a goal and then lets you decide how you want to get there and explore the world along the way. It looks absolutely gorgeous, and fans of atmospheric exploration will want to do themselves a favour and keep their eye on it for sure. 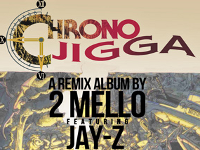 Hey, You Got Your Rap in My Iconic JRPG! Chrono Trigger is widely considered one of the best RPGs of all time for a reason (... maybe because it is), but generally when you think about this fantastic classic you don't think of Jay-Z. Until now, anyway. Chrono Jigga is a free remix of MP3s by 2 Mello that combines tracks from the game's beautiful soundtrack with songs by Jay Z. It sounds weird, and, well... it kind of is, but some of the tracks actually go surprisingly well together if you can contain your nerd rage long enough to listen to them. It's at least worth a listen for fans... though probably not for children. 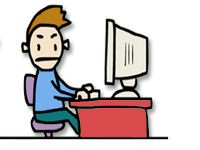 It's Not Your Fault, and They Both Still Love You Just As Much Well, they say nothing gold can stay, and with Ron Gilbert saying goodbye to DoubleFine, that certainly seems to be the case. After polishing up their last game together, the wonderful puzzle platformer The Cave, the partnership has come to an amicable end. While they clearly made beautiful music together, you can definitely expect these two titans of gaming to continue to make even more great titles on their own. 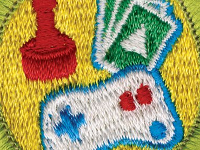 Another American Passtime Kids can create, and now that the Boy Scouts have finally released a brand new merit badge for Game Design, they'll have even more incentive to do so! You earn it by creating an actual game in one of four categories... Electronic, Outdoor/Athletic, Tabletop, or Pen-and-Paper/Role-Playing Games. Following the necessary steps, of course. It's great to see gaming finally being looked at more commonly as something less than a thing immature shut-ins do, and it's even better to see it done in a way that encourages children to create and learn. Bravo, Boy Scouts... now let's keep working on those other important issues like equality too, huh?

Sooo what happened to IRC?

Minecraft has A dragon, the end boss of the game, which doesn't count considering we've been promised red dragons in the rest of gameplay for a while now but they haven't made a move towards implementing them. :)