If you're reading this somewhere buried under a sheet of snow and ice, we hope you're safe and toasty warm! There's nothing like a little zombie apocalypse to chase away those winter woes, and follow that up with a companion game to one of the most celebrated indie adventure games of all time and you've got a lot to look forward to! 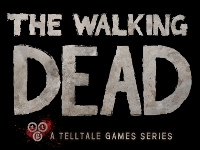 The Apocalypse Is Coming Again TellTale's gritty, emotional powerhouse of a zombie adventure series The Walking Dead is shambling in our direction once again, with a new season slated for release this Fall. Obviously this is great news for fans, and more than enough time for you to start harassing the people who have only watched the show or read the comics to pick up a keyboard or controller and play this amazing game already. Details thus far as to the direction the next season will take are slim to none, although the developers have stated they enjoy both telling their own story and getting close to the TV show whenever possible. Look for more information to crop up soon! 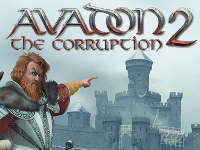 Avadon Needs You If you're a fan of story-driven strategy RPGs at all, you're probably always excited to hear veteran magic-maker Spiderweb Software is working on something, and considering how much we loved 2011's Avadon: The Black Fortress, news of a sequel set to hit later this year should have you bouncing around like a madman. As part two in a planned trilogy, Avadon 2: The Corruption continues the story of the Black Fortress, though things are far less in control than they were in the beginning. Though you won't need to have finished or even played the original to enjoy its sequel, a big part of the pleasure found in playing a Spiderweb Software game comes from seeing the world grow and develop over time, and you can bet there's going to be a massive amount of new places to explore this time too. Start getting excited for later this year, when it releases for PC, Mac, and iPad in the fall! 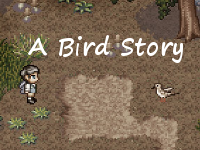 Shut Up And Take My Feels! I'm not saying you're a bad person if you haven't played Freebird Games' stunning indie adventure To the Moon, but you're definitely missing out. And you definitely won't understand why those of us who have played it should be so excited for A Bird Story, due out later this year. While not the direct sequel we've been anxiously waiting for, A Bird Story will tell the tale of the man who will become Eva and Neil's next patient almost entirely without dialogue, and you can bet given the developer's talent for evocative stories and design it's going to be packed with meaning and emotion. Though planned to be short, we can be sure it's still going to be sweet, and we can't wait to get our hands on it. 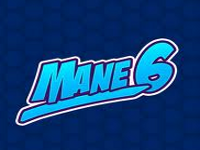 Friendship is Miraculous Don't stick a fork in them, they're not done yet. While the talented folks behind the planned fighting game "Fighting is Magic" based on My Little Pony: Friendship is Magic were forced to come to a heartbreaking halt after Hasbro sent them a cease-and-desist, all is not lost. Lauren Faust, the talented woman behind the immensely popular current incarnation of My Little Pony (as well as The Power Puff Girls and Foster's Home for Imaginary Friends) has officially joined the group. Now, she's working with the team to create and develop the game they always wanted... but with entirely new characters and settings to enable it to be distributed freely without fear of legal repercussion. It's still unfortunate that all the hard work this talented team put into their increasingly amazing looking My Little Pony game essentially has to be scrapped, but thanks to Ms Faust, they're on their way to keeping their dreams alive. More details to come! 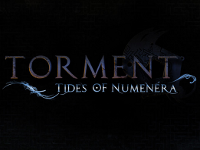 But Will it Have a Pervy Floating Skull Sidekick? Planescape: Torment is one of the great antediluvians of Western RPGs and has basically achieved legendary status since its 1999 release for its masterful writing, compelling story, and deep gameplay. So, surprise! Sequel time!... sort of! Torment: Tides of Numerena is billing itself as the "spiritual successor" to Planescape: Torment, set in an entirely new world from the tabletop RPG. Intended to be a single-player isometric RPG for PC and Mac that continues its inspiration's tradition of deep, complex narrative and gameplay, developers InXile even have a sound endorsement from Planescape: Torment's Chris Avellone to boot. If that sounds like magic waiting to happen for you, head on over to the official Kickstarter to learn more! 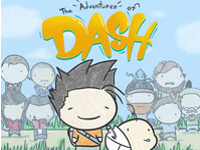 You Snooze, You... Win? Robotoki wants to put you to sleep in a good way with their Kickstarter for The Adventures of Dash, a unique game with a unique hero planned for PC, Mac, iOS and Android. See, nine-year-old Dash has Narcolepsy, but that's not stopping him from having more adventures than most game protagonists could ever dream of... mainly because he's dreaming them himself. As you explore in the real world, the characters you interact with and puzzles you solve will unlock new dreams for Dash, and each has its own drastically unique gameplay, setting, and even artistic style. It sounds like one seriously ambitious game, but also one with a ton of potential, and you'll definitely want to sneak on over to the Kickstarter to learn more!

So Lauren Faust is basically the greatest person related to MLP, again?

Yes, a sequel to To The Moon! TTM was the best RPGMaker game I ever saw, and this is sure to be better, even with no dialogue! And I will cry so hard.