My little Link Dump, my little Link Dump, aaa-aa-aaa-aaaaaah... We may not have flashy pictures on our butts, and we've never saved the universe from John de Lancie (... that we can discuss... ), but here at JayisGames we do have action, adventure, platforming, and more served up daily by the developers you love! This week, Wadjet Eye Games teams up with another developer to serve up one stellar looking title, an iconic RPG from the '90s hits your PC, the woods get even more dangerous, and you and your buddies will soon be able to team up to destroy... everything! 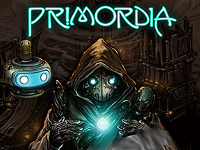 The Post-Apocalypse Was Never So Pretty Wadjet Eye Games and Wormwood Studios are teaming up to take you beyond the end of the world in the upcoming stunning point-and-click adventure game Primordia. The story follows a robot named Horatio who just wants to be left to live alone and free, but finds himself reluctantly pulled into adventure once his power source is stolen and he's forced to leave home to find it. Oh, and apparently you get a "sarcastic floating sidekick named Crispin" to boot. The game is due out later this year and looks absolutely amazing, and it should go without saying that if Wadjet Eye is attached to it then you know the quality is going to be out of this world. You can find out more on the official site, and check out some amazing artwork and screenshots while you're at it. This is one to be ready for. 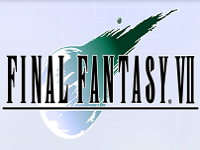 The RPG With the Elaborate Cross-Dressing Puzzle RPG fans, start your engines, because the iconic Final Fantasy 7 is now available for download once again for Windows. The story follows a mercenary named Cloud who is hired by the radical group AVALANCHE for a mission to destroy a reactor sucking the life out of the planet for the Shinra Corporation, though Cloud soon discovers he's going to be a hero whether he likes it or not, and the fate of the world hinges on mistakes and mysteries set in motion decades ago. Though it shows its age visually, since it was originally released for the Playstation waaaaay back in 1997, Final Fantasy 7 is a huge game and a lot of fun for fans of traditional turn-based JRPGs, and if you buy it before September 12th you can pick it up for $9.99 USD. 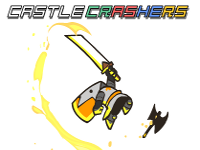 They Didn't Forget About Us! If you've always wanted to get your hands on the 2D side-scrolling action game Castle Crashers but couldn't or wouldn't play it on XBOX (2008) or PS3 (2010), then get ready to kick up your heels because the game is finally coming to PC via Steam. If you like to play with friends and cause a lot of carnage, then this game is definitely going to be for you, and you'll want to keep your eyes open for a price and release date in the future. Rampage through gorgeous 2D environments with big heads, big weapons, and cute animal companions? I'm so there! 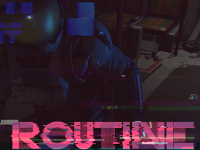 I(n Space, Nobody Can Hear You OH MY GOD WHAT IS THAT Do you like indie games and being terrified out of your wits? Well, Lunar Software's upcoming first-person exploration adventure Routine might be for you... if you can handle it. You're sent to an abandoned moon base to discover why everyone has disappeared, and since this is a horror game, it probably isn't because they all decided to go out for chicken nuggets. You know, because games set in abandoned space stations always work out so well for the protagonist. Details are scant, but lacking a Heads Up Display so as to not spoil the immersion, no hit points or medikits, and the threat of perma-death hanging over your head, this could be one seriously intense experience. 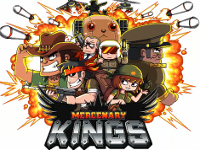 Gorgeous Pixel Explosions If you love pixels, action, platforming, and building things, you might want to give the Kickstarter for Tribute Games' upcoming Mercenary Kings a speculative gander. Estimated to be released in May of 2013, the game stars you as King, the world's best mercenary, sent to an island to destroy the criminal organisation responsible for the deaths of your former teammates. Tribute Games not only crafted the official game for Scott Pilgrim vs The World, but also the gorgeous Wizorb, so you know they've got the talent to back this one up, and the artwork they've released is already gorgeous. They're asking for $75,000.00 USD, with $31,887.00 USD so far and 28 days to go as of this writing, and while you can donate any amount you want, a minimum of $15.00 USD is required to actually get a copy of the game once it's available. 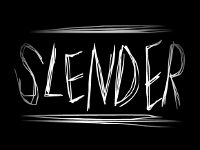 Now With More Bowel-Loosening Fun! Parsec Productions' free first-person horror adventure game Slender is short and relatively simple, but also absolutely terrifying. Based on an internet-crafted myth, you must search through dense woods at night for eight pages of a missing manuscript, all the while being stalked by an unknown, increasingly persistent enemy. I was actually originally planning to make you guys a "Let's Play" video of my first run through when I was writing my review, but it contained so much squealed profanity and moments of embarassing cowardice I had to scrap the idea. Since that initial article, the game has already received several updates, including one that has a few different unlockable modes if you actually beat the game, and still has a lot more planned. If you want to know more, and even help out with ideas and feedback, you can now take part in the official development forums. Because everyone knows the best fear is always a team effort so you have a lot of people to blame and punch after.

I'm sorry. For those who love it, it's a great game, but I find it over-hyped and overrated. It's honestly not half as scary as people think (and i get scared by a random piece of fluff on my arm).

I hadn't heard any hype before I played Slender and I found it scary. I find it obnoxious when people claim things aren't scary when it's subjective. If it wasn't scary for you, well done, your medal is in the post. It's like when people claim food isn't spicy when someone else finds it too hot to eat. It's different from person to person and posturing over it is odious.

@Dora... Are you frakking kidding me??? I would PAY to hear your squealed profanity and moments of embarassing cowardice. That my friend is interwebs gold.

Any word on whether Wadjet Eye is going to make at least THIS game available cross-platform? They have been resistant to getting out of their PC comfort zone.

Not to be a nag, but have winners been picked for the last Link Dump Friday contest two weeks ago? The page doesn't list who won.

I win a free copy for Analogue: a hate story... I just downloaded it, i'll try it tomorrow... but first I wanna say "thanks" to everyone on jayisgames.com :) I'm happy!!

Dora, you are my favorite girl brony.
(As one myself, I feel like I can properly despise the term 'pegasister.')