2012 keeps on keepin' on with more and more games to get excited about. It's almost like the internet is one vast candy store, and the creativity of the developers, and all we have to do is recline on our glorious dais and let it funnel into our greedy gullets. Jee panwa waffmula chone patogga che lickmoomoo, ha ha. 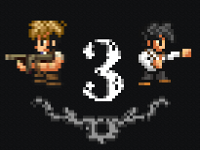 The Precipice of Awesome When Penny Arcade announced they would not be finishing their hilarious and twisted RPG adventure series On the Rain-Slick Precipice of Darkness, my heart broke a little. Fortunately, Zeboyd Games, erstwhile creators of Cthulhu Saves the World and Breath of Death VII have stepped up to the plate and been tasked with completing the last two games. The third installment is on the horizon, and the official website is now live for your perusal pleasure with a ton of screenshots. Number three will be available for the princely sum of 2.99USD on PC, Mac, XBOX, iOS, and Android this summer. Though I still pine for the fjords (represented here by the stellar artistic stylings of Gabe and Tycho's effortless gift of dialogue), I'm thrilled to see the series get picked up again, and I think we all owe Zeboyd Games a nice muffic basket. 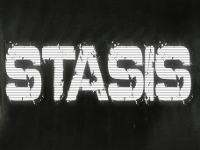 No-One Can Hear Your High-Pitched Girly Screams Horror; the best, or the bestest? Get ready for a creepy-crawly, terrifying sci-fi adventure with the upcoming indie title from Christopher Bischoff, Stasis. The game follows John Maracheck, who wakes up covered in slime on the floor of a seemingly abandoned research facility, with only one thing on his mind... finding his family. Stasis bills itself as "a story about an ordinary man in an extraordinary situation", and when done right, that can prove to be an extremely effective vehicle for impactful storytelling. Make sure to check out the official site for trailers and screenshots, as well as more information, and then get ready for some scarin'! 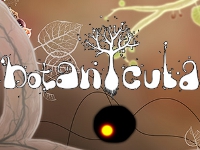 Say Goodbye to Your Free Time On April 19th 2012 Amanita Design is going to give you enough good vibes and sweet dreams to last a year or more when Botanicula is finally released. The gorgeous point-and-click exploration adventure follows five brave little tree creatures who set out to save the very last seed of their beloved home tree from an infestation of dark parasites. Amanita has always had a knack for infusing some truly amazing emotion and a sense of wonder in their titles, and Botanicula is going to be no exception if the trailer and screenshots are any indication. I can't imagine a better possible way to put you in a good mood for a really long time, as well as fuel up on the whimsy and fantasy people sorely need more of in their lives. 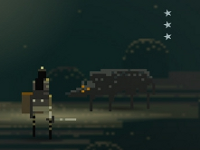 Adventure on the Electronic Computer If you read our review for Superbrothers: Sword & Sworcery and longed to get your artistic adventure on but were hampered by your lack of iOS to play it on, despair no longer! On April 16th 2012, the game will release on PC, with a Mac version to follow later on. You can expect it to be more or less a straight port, with some minor changes to make it fit the computer better, but trust us when we say that if you've never played this, you're going to want to check it out. It's one of the most surreal and unique adventures around with an incredible knack for drawing you into its world and environments. 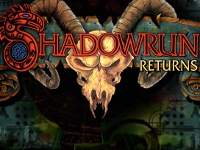 Don't You Ruin This For Me These days, it seems like Kickstarter is the go-to source for game funding, especially after the shocking success of Double Fine, and it's easy to get cynical when developers start showing up with hat in hand one after the other. But then someone tells you they want to make a new Shadowrun game and your eyes get all dewy and nostalgic and you completely forget about all that trendy cynicism because, holy gooses, Shadowrun! Jordan Weisman, the creator of the mysticism-meets-cyberpunk RPG series played tabletop and on SNES and Genesis consoles for decades, has announced the series' return to the digital age with Shadowrun Returns for the PC and iPad and Android tablets. (Mac to be added if they exceed their goal.) Currently close to being funded on Kickstarter, it promises "a graphically rich 2D turn-based single player game with deep story interaction, meaningful character development, and highly-contextual tactical combat". If you're a fan of the series, this is great news, and if you've never played but enjoy fantasy elements in a dark and seedy modern setting, this could be right up your alley. Hit up the Kickstarter page to learn more.

Just so you know, the Shadowrun project on Kickstarter met its goal in just 28 hours.

I'm going to be following this one as closely as I followed the development of Grimrock. :9