We're not even through January and already 2012 is looking amazing! There are a ton of games on the horizon from new and familiar favourite developers that have me all twitterpated. (Additionally, if you want to join me in my "NO HATERS ALLOWED" tent, I'll be watching the trailer for Resident Evil 6 over and over all evening. There will follow a period of heartbreakingly cautious optimism for Silent Hill: Downpour.) We have a couple of very exciting indie releases on the horizon by some very talented people, as well as an announcement for a sequel to a popular game from last year! So practice your girlish squealing, regardless of your gender, because we're about to begin!

(Pssst! Did you know we went dark on January 18th as part of a protest against SOPA and PIPA? Do you want to know more about it, and what you can do to make a difference? Hit up Gizmodo for the nitty-gritty, and then find out who YOU should be e-mailing!) 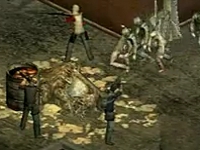 I Love You For Your Braaaaaains Sharpen your machetes, stock up on crossbow ammo, and get ready to perfect your self-indulgent "end of the world hero/heroine" fantasy because Con Artist Games is going to take you back to their post-apocalyptic zombie wonderland later this year! Titled The Last Stand: Dead Zone, it looks to deliver on all the action we're come to expect from the series, but if you've played Union City prepare to drop your jaw over how vastly different this new game looks. All that's currently available is a teaser trailer to check out, but my gosh is that pretty! Like their Facebook page for updates, and start picking out your buddies to survive the incoming zombie horde with! I call dibs on Jack Black, Gary Busey, Catherine Tate, and Gordon Ramsay! 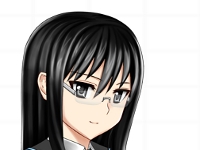 Four Letter Word Do you love love? We love love. Christine Love, that is! Best known for her brilliantly written, emotional, and thought-provoking games like Digital: A Love Story and Don't Take it Personally, Babe, she has just announced her very first paid game! Analogue: A Hate Story is a visual novel set to release later this month that follows you in a dark mystery as you set out to discover what happened to the crew of a dead spaceship... along with the help of a chatty AI, of course! Analogue will cost 15.00USD, be available for Windows, Macintosh, and Linux, and promises two pursuable characters with five different endings. Hit up the official site for more info and some great screenshots! 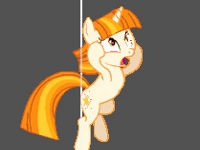 Confound These Ponies! They Drive Me To Brawl! SO I HEARD YOU LIEK MUDKIPS. Also ponies. That's cool. And so is the progress being made on the upcoming fighting game My Little Pony: Fighting is Magic. If you hit up the developer blog right now you'll get an inside peek at the very hard work these talented folks are putting into making your favourite ponies come to fisticuffs on your computer screen. It's also especially exciting because you can clearly see how dedicated they are to this project, and also how much more talented they are than yours truly! (... yay... ) They're also currently looking for a voice actress for the one and only Element of Generosity, Rarity, so if you think you've got what it takes, why not audition? 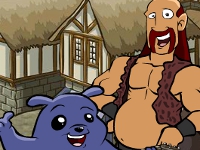 What Legends Are Made Of IT'S ALMOST HERE. ClickShake Games is all set to release The Ballads of Reemus: When the Bed Bites on January 27th, 2012, and holy beans and gravy you guys that is like next Friday! For just $9.97USD you can support an amazingly talented indie group, and also play the very first paid installment featuring Reemus and Liam in an entirely new adventure! To be clear, this is not The Several Journeys of Reemus... but that will also be released the very same day! Hit up the official site for more info and the option to pre-order a swanky collector's edition with t-shirt you can totally use to make me jealous. (Bully.) 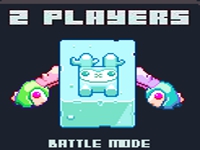 Rabbit Deer Mouse Things... ON ICE Nitrome loves you! To prove it, they've just released version 2.0 of their wintry arcade game Lockehorn, which, as you must know, is all about crushing things, melting things, and sliding on things... as a bunny!... or maybe a deer?... whatever, it was adorable, and it's been updated! Version 2.0 not only includes an easy mode for those of you who found the game a bit too frustrating, but also introduces a brand new two player mode where you and a friend can compete to become the very best whatevers in your tribe of whatever! So grab a buddy, hurl 'em onto the ice, and check it out!

The description of the plot for Analogue: A Hate Story reminds me of Portal (1986, not 2007), but with the Earth and the spaceship swapped around.

15 bucks for A:AHS seems quite hefty, given the length of Loves other games. Will this one be longer? Have more replayability besides the alternate endings? I really enjoyed D:ALS, and would love to see a longer version of that at some point.

Since Analogue: A Hate Story isn't out yet, I can't speak for the length. You'll have to wait for our review for that. But I would ask; is length the only way you determine how much a game is "worth"? If you enjoyed Christine's work, like this type of thing, and it comes across as something that's well made and had a lot of hours put into it, then I wouldn't consider fifteen dollars hefty at all.

I'm not trying to sound condemning or sarcastic, I'm just curious; people always seem very quick to come down on indie game pricing and more often than not I find the statements that a game isn't worth its price kind of baffling. How do you measure something like that? Clearly different people have different priorities, but for me fifteen dollars with some replayability, from a developer I like and a game style I love, is still less than the cost of my husband and I going to the movies for an evening. Especially when you factor in the developer time and money that goes into it.

Put it like this, if I can get a game for about the same price that'll give me a couple of days worth of play-time that I enjoy just as much, I'm more likely to go for that. Not knocking the work or the skill and time that goes into this at all, I'm a starving musician, I put the hours in too. If someone prefers to buy an album that's 45 minutes long that they'd enjoy as much as my twenty minutes long CD, then that's fair enough.