Are you ready for a li'l sumpin' sumpin'? And by "sumpin' sumpin'", we mean "ponies, new and classic RPGs, metroidvania, and zombies", of course. Although... I suppose that could also be something hip-hop plumbers do when they're working on septic tanks or sump pumps. But that's probably not nearly as enticing. Unless you are a plumber, in which case you might just have the idea for your next commercial. You're welcome! 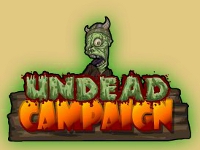 Embrace Your Dead Side: Toge Productions has just updated their latest real-time strategy fantasy genocide game with a campaign to let you play as pop culture's favourite punching bag. We speak, of course, of the undead, and if you've secretly been rooting for them all this time, then now's your chance to help them rise to the pack of the dogpile. Along with the new campaign comes additional upgrades and fixes, so if you're a fan you'll definitely want to shamble on over there before your rigor mortis sets in and partake. Necronator 2 took some flak from our community for being significantly different in several areas from its predecessor. Does the inclusion of these rotting vegetarians (brains are a vegetable, right?) and the new fixes help for you? 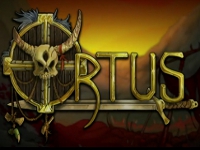 Is Ortus the Would-Be RPG of Your Dreams? The good folks at Jazza Studios are making some bold claims when they say they want to make the RPG you've always wanted, but they're ready to put their money where their mouth is. Well... some of their money. Also, potentially, some of yours as well. Ortus, a "medieval fantasy RPG where you get to have your cake and eat it too", has its own Kickstarter page where curious parties can read up about the project and then donate as much or as little as they'd like to try to help it get off the ground. As of this writing, they've raised almost $5,500 of a $20,000 goal with just under 30 days to go. If you want to find out more and/or show your support for some talented people, hit the Kickstarter page and read up. Clearly this isn't the RPG of my dreams, because that would involve somehow splicing together Earthbound, Vampire: Bloodlines, Spider-Man, inFamous, and a peanut butter cookie, but I appreciate the thought nonetheless, gents. 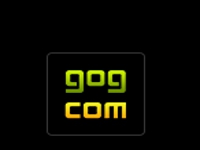 Something Old, Something New? We're big fans of the folks over at Good Old Games, who work hard to take older titles, spruce them up so they run on new machines, and release them DRM free. Change is on the horizon, however, as the team has announced their decision to begin bringing in new releases to their catalogue in 2012. While the site has experimented with this somewhat with the release of the action RPG Witcher 2: Assassins of Kings earlier this year, this will be the first time the site has really begun offering titles as they launch, rather than... y'know... a decade or so after the fact. Titles will still be DRM-free, and they plan to work to bring more "exclusive" games as well. What do you think... will you end up supporting GOG over other digital distribution giants if their prices can compete? 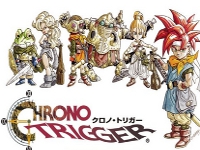 Past, Present, and Future: Super Nintendo classic RPG Chrono Trigger will be making its debut on iOS devices next month, so you can take your time-trotting heroes with you wherever you go! The game, which follows a group of heroes who set off to prevent the end of the world by jumping through different time periods, earned critical praise for its lovable characters, imaginative settings and complex plot. It's been available on WiiWare for some time now, and more recently on the Playstation Network, but if you've always wanted to put Chrono in your pocket you'll get your chance this December. No price has been announced yet, although you can probably get an idea by peeping the dollar signs attached to other Square Enix iOS releases. Will you be paying for the privilege to fly with Chrono to the end of time? If so, will it be your first time playing?

I nominate that the JiG Pony be named "Game Play." On top of being accurate, both words are, according to my thesaurus, synonymous with "jig."

I'm a bit disappointed they're selling chronotrigger for the ipad but not the mac. I'd finally buy the sucker if they delivered it to my current platform.