Got your shiny iOS device charged up and ready to go? You're going to need a few hours and a lot of battery power to handle this game. Infinity Blade III from Chair Entertainment concludes the trilogy of combat games with some serious style. It keeps the nigh-on perfect basic formula the same, introducing a few bonuses, tweaking some inventory and item features, and dropping on a whole host of new foes to face off against. It's big, bad, and oh so pretty to look at, making Infinity Blade III feel like a full-fledged PC game packed into your iPhone. 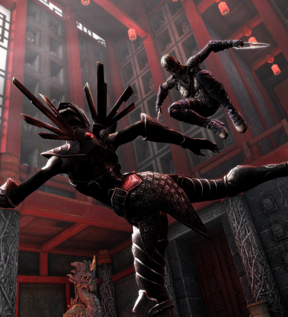 Infinity Blade III opens things up a bit as compared to the strict Infinity Blade II. You aren't confined to a single assault on one tower, for example. Instead you get to roam an entire world map, taking on massive creatures (and a dragon!) one by one. The story pushes forward in a straight line, so the feeling of freedom is largely an illusion. It does create new non-combat possibilities for the game, including a blacksmith who can upgrade your weapons and a hideout where you can kick back and sip a cup of tea. Not really that last part, but you get the picture.

Infinity Blade III does a good job balancing quiet storytelling with intense combat. Taking on giant foes is still the game's bread and butter, and battles themselves are largely identical to the previous games. By tapping and swiping the screen you can dodge and parry attacks so your pretty little head stays on your shoulders. Attacking is handled the same way, but you can't just smash your palm on the screen and obtain victory. You have to watch your opponent, memorize his moves, and pick the precise moment when you unleash your fury. It's extremely satisfying and visceral. 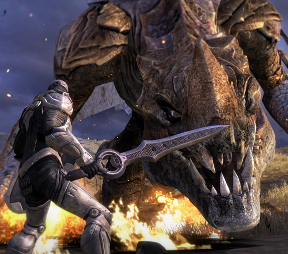 Outside of combat you get to tally up your XP and work with all sorts of fantastic items. Weapons come in three attack varieties, allowing you to pick blades that suit your playing style (i.e. fast and light, heavy and slow, middle of the road). You can brew potions and forge gems, which is new to the series, but it really doesn't add all that much to the game. A new skill system lets you drop points into stats to keep your character constantly improving as he or she levels up, giving Infinity Blade III more of an RPG feel.

Analysis: Infinity Blade quickly established itself as one of the powerhouses of mobile gaming. Subsequent releases have done nothing but raise the standards in terms of playability, graphics, and overall wow-factor. The third in the series doesn't make as big of a leap as the second game did, but there's only so much you can change without ruining what makes the series so enjoyable.

A few fixes here and there, some additional weapons, extra RPG-style stat tweaking, and more open gameplay. Really, Infinity Blade III didn't have to reinvent itself in order to impress. The visuals alone are enough to make you float over to your iOS device like a cartoon character who sniffed a pie on a windowsill. When you add in the always-epic combat and the addictive item management, you've got a recipe for an honestly engaging game.