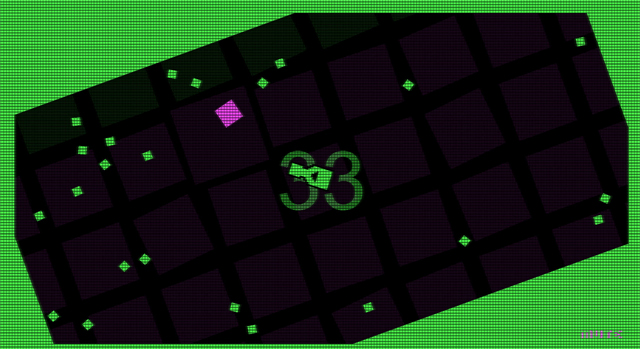 With only one life how long can you survive a barrage of musically synchronized bullets?
As the name implies, Bullet Waltz is a game about bullets that move with music. The chiptune music by Radio Giraffe, works well with the classic arcade style of the game. Every time there's a beat a square "bullet" is shot from the center in a random direction, and the counter in the center of the screen will go up. The flow changes as the song does.

The games playable area will start shifting to the beat, giving you less space to dodge. Use arrow keys to avoid bullets and the boundaries of the game. If you catch a multicolored power up you will become temporarily invulnerable, allowing you to destroy bullets in the game. With less space available and more hazards, there will be many close calls.

Great nostalgia for games since childhood.