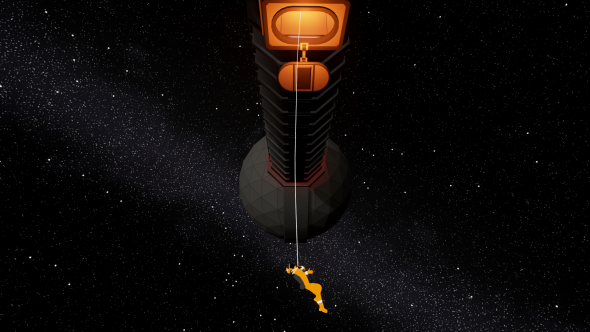 You clicked on this review here on JayIsGames to learn more about a game called 2000: 1: A Space Felony. You were intrigued by the title and the genre, mixing both detective and science fiction. You scan the page, wondering what kind of adventure awaits you. After reading this review, you scroll down to check it out further...

At least, I hope that's hope it might go as you read about a detective murder mystery thriller that is 2000: 1: A Space Felony. As a detective, you are tasked with unravelling the mystery of what happened aboard a spaceship some time prior. Somehow, the entire crew have ended up dead on the spaceship, in various different situations. Your job, should you choose (have chosen?) to accept it, is to figure out who the culprit is. Specifically, you are meant to determine whether the automated intelligence (AI) system named Mal killed the crew members.

Doing this entails navigating a camera around the remnants of the scene, exploring, and taking pictures of various things that may be useful as evidence. At one point early on comes a hilarious rendition by the narrator as he delivers a very non-succinct description of "manual emergency lever" sure to elicit some giggles. At any rate, as you continue your search for evidence and collect more evidence, you begin to wonder about certain odd things. An odd last conversation between mission control and the spaceship ends abruptly after an argument with Mal, almost suggesting that Mal cut off the communication. 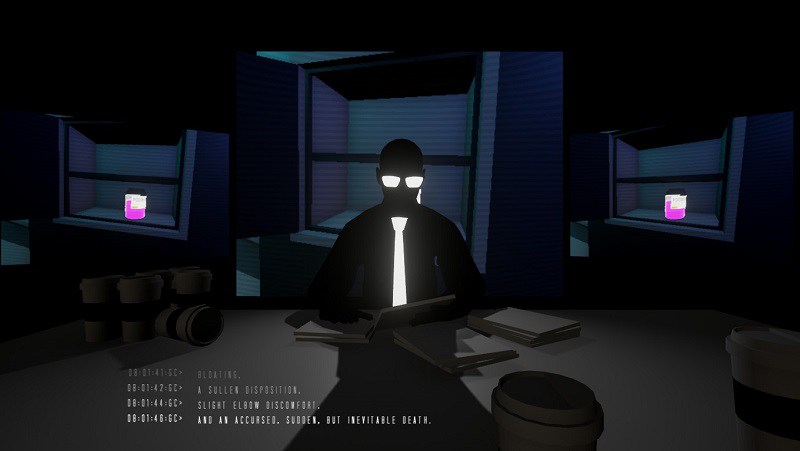 As more of the pieces begin to fall into place, it becomes time to move to the second phase and cross-examine Mal. Though Mal, it is explained, is competent at telling lies, its façade quickly crumbles when you present it with evidence that directly contradicts what it has said. As the evidence includes (all of the) now dead crew members, can you ensnare Mal into a contradiction and force a confession? If so, it will be your responsibility to deactivate the AI.

I found 2000: 1: A Space Felony to fit will with the genre, and found both an interesting, unfolding story along with solid detective reasoning in it. It does do a nice job integrating the two genres and making you think a bit, especially toward the end as you try to wrap things up. The controls are explained further along in the game quite nicely, so I won't attempt to repeat them all here. If you decide to give it a go, you'll have to find out: is Mal in fact innocent, or did it really come "to value [its] life and murder mercilessly?"

5 Most Important Things to Know When Playing Spades

1,689 Views
1 Comment
jayisgames.com— Spades is a game anybody can pick up, but only a few have the patience to master. If you're looking to improve your game, you will need to practice. However, reading about the game and watching experts play is a...  ...

3,345 Views
11 Comments
chrpa— Jayisgames needs your help to continue providing quality content. Click for details Welcome to the newest Weekday Escape! The situation with escape games - and with puzzle games, too - isn't getting any better. Therefore I've merged Weekday Escape...  ...