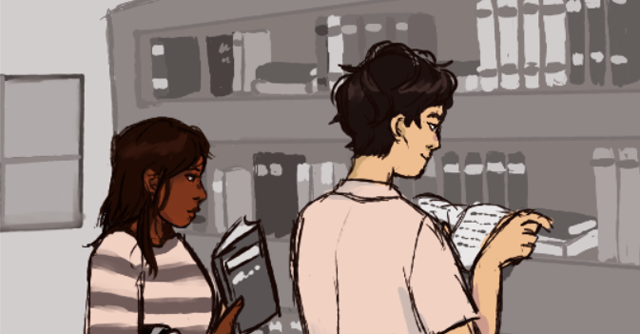 Welcome to the world of Audrey Bhatt, entering her final year of high school in her small, sleepy hometown. For most of her life she's felt only bitterness and contempt for others, and she's finally started to realize it's been dragging down her childhood the entire time. Associating with other people feels useless to her, and she avoids interaction with nearly everyone, having no real friends, much to the despair of her mother. But when someone new moves in, some of her cynicism starts to melt away as she realizes he may not be so bad. Will this be a start of a friendship, or will her fears and habits destroy any chance at that?

1998 chronicles a short but pivotal time in teenager Audrey's life, illuminated in a very satisfying and relatable way through allegory. Though it is cut from rpgmaker, the addition of an original soundtrack and beautiful, selectively place art puts a definitive stamp on originality in its own right. There's also replay value added as your choices at various points in the game will effect the ultimate outcome.

It all starts, though, after her mother reluctantly shoos away Audrey's "friends," at her request, and Audrey grudgingly agrees help her mother by doing the grocery shopping. Lamenting the pedestrian list of ingredients, she mutters something about needing to add junk food to the order and rings it up, by which time she needs to go work her shift at the library. After checking in with her boss, she heads up for an afternoon of stacking books in the shelf when she runs into Jun. They almost immediately get into a conversation about Charles Dickens, finding agreement on the point that neither of them regards him as such a great writer due to the lack of any great depth in his stories. Audrey soon realizes she hasn't seen him around before, and discovers that he is new in town, having immigrated and moved recently. 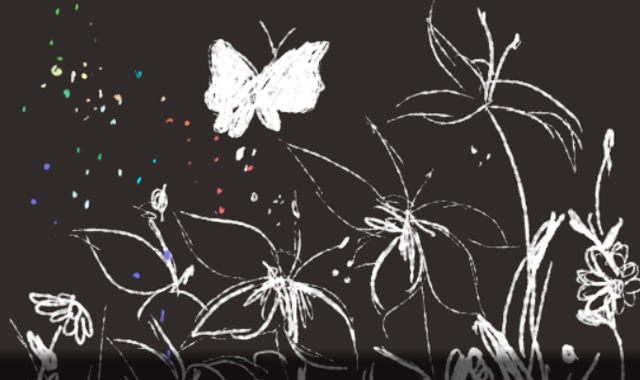 We see not only through Audrey's actions in 1998, but her thoughts as well, as they're transcribed not only in the dialogue but also in her diary between days. There's also another animate but non-human visitor that Audrey soon has - a butterfly. Naturally, she subjects it to what she calls the same fate to befall all beautiful things, and places it in a butterfly cage by the windowsill. Even though she traps the butterfly in the cage, as you piece together more of her feelings and her story, you begin to wonder who is the real one in confinement.

The butterfly is revisited often and I think the pure potency of the metaphor was probably the best part of the game for me. The plot and character development made the story excellent, striking a few emotional chords along the way for the simple reason that it felt real. Of course, the end result will vary based on some of your choices and the way in which Audrey, through your direction, will act, but for once she has found someone she might be interested in being at least friends with. I'll leave the rest of the details for you to uncover, but here's one more thing you might look out for as you play: there are secret scrapbook pages hidden in various important scenes and places to Audrey throughout it. Finding them might hold the key to something else special.

You can play 1998 using the standard controls. Use [WASD] for navigation and [Esc] to go to the menu (although in the scope of this game, the options here are limited). Doors act a little bit odd in times, in the sense that sometimes you will have to press [Space] to interact and move inside/outside of a building, and at others you can simply walk straight through. At several points in the game when you are asked to choose a conversation or other option between a couple of choices, you scroll with [WASD] and confirm an option with [Enter], which is also generally used to advance the text. The brief remainder of Audrey's childhood is at stake - see how she'll spend it, and maybe help her come out a little wiser.

Technical note: The game relies on a font called "Fiery Turk" to run properly. It is included in the zip file, so you just need to right-click and install it. Otherwise, you may experience issues with reading the text.